Justin Timberlake appeared on Australian entertainment show The Project and was asked a simple question: "What have you learned about the [music] industry that you didn't know when you were in 'NSYNC?"

He responded, "If you wear denim-on-denim, it will get documented." The hosts of the show responded with lots of laughter, because everyone remembers the over-the-top couple's outfit JT wore with then-girlfriend Britney Spears to the American Music Awards in 2001: A blazer, fedora, and pants made from patches of recycled denim. Britney's ensemble was similar, but in gown form, with a horrendous evening bag to match.

It was fitting for Justin to bring up the outfit, since this weekend marked its 15th anniversary, but, to Justin, that denim nightmare was just one of a slew of crazy early-aughts fashion mistakes. “Did you see the outfits we wore?! It was just…It was such a crazy time,” he said. “The world was different. The music industry was different.” 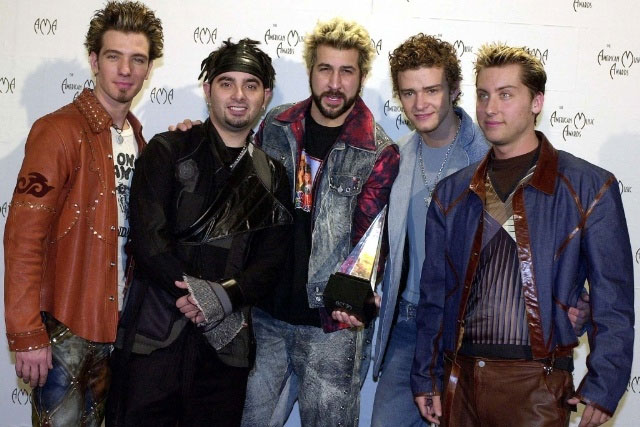 Still hung up on the double denim, one host said, "I heard it's coming back!" To which Justin said, "You know what, I don't even think I could bring that back," but then quickly amended, "If it's worn properly [it could be brought back]."

Everyone then pressed JT on who should wear the style next, but he couldn't come up with a name. Instead he just said, "Not Donald Trump," to another chorus of laughter. After that, he excused himself off the set, because it doesn't get any worse than imagining that outfit on Trump. For real.