Yesterday, Karlie Kloss and Joshua Kushner made their engagement Instagram official after six years of dating. This means many things, including: Karlie and Ivanka Trump will be sisters-in-law because Joshua and Ivanka's husband Jared are brothers. It also means there's a beautiful engagement ring for the world to be jealous of.

Karlie premiered it on her Insta stories last night: 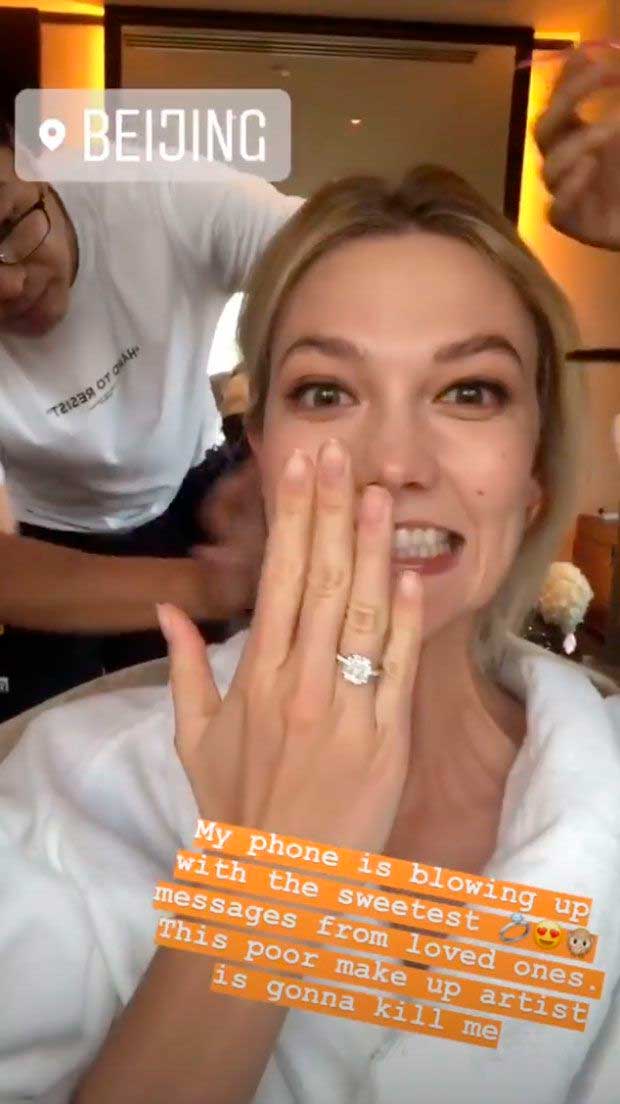 And DAMN. That's a great ring! She wrote in her story that her phone was blowing up with messages from friends and family wishing her well. In the rest of her Insta story, she took a screenshot of the different people she was sharing the news with, including some v famous friends. Like Serena Williams! 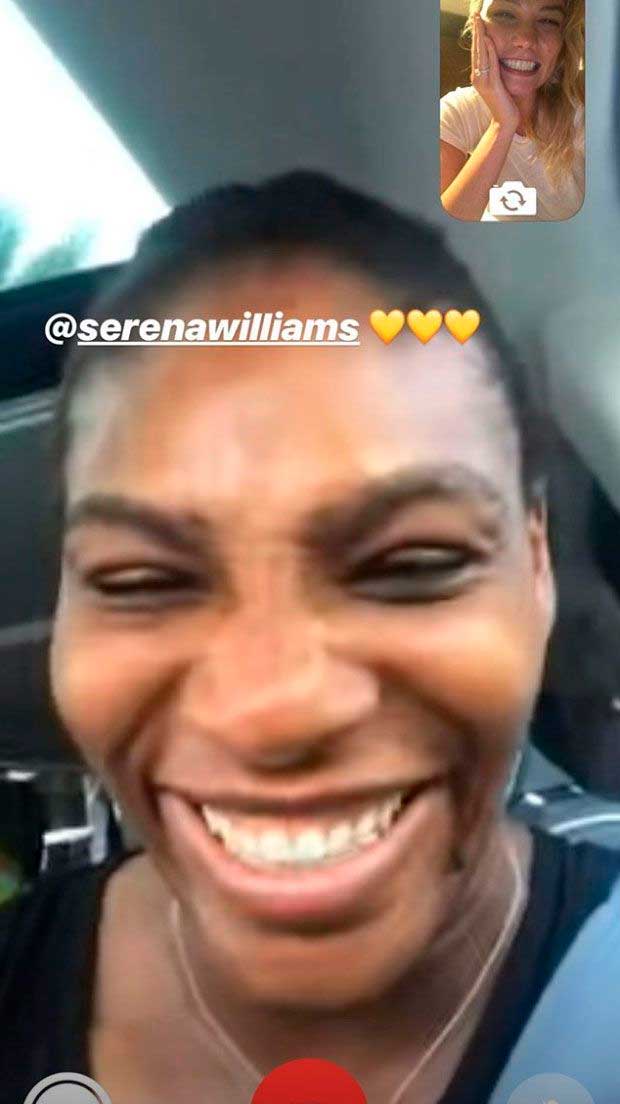 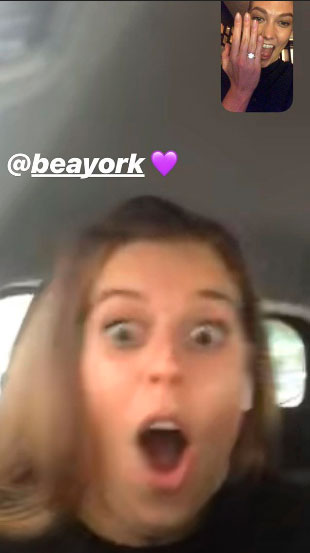 She even included a screenshot of her FaceTiming her grandmother, which is just about the cutest thing ever.

The couple broke the news yesterday with a pair of photos. Joshua, FYI, was one of Instagram's early investors. In hers, Karlie wrote: "I love you more than I have words to express. Josh, you're my best friend and my soulmate. I can't wait for forever together. Yes a million times over."

And Joshua kept it simple with just "fiancée" and a picture that he originally posted in 2013, which would have been roughly a year after they started dating.

If you want to see more really cute pictures of Karlie standing in front of inanimate objects, check out the rest of his 'gram, because he posts tons of them and they're adorable. Congrats to the happy couple!