Spotted: Kathryn Bernardo And Daniel Padilla Pack On The PDA 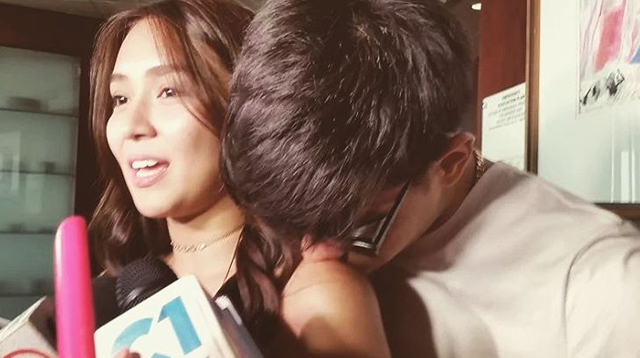 1 The incredibly private love team, Kathryn Bernardo and Daniel Padilla, have denied being in a relationship time and time again. However, these super loved-up pics of the two surfaced during a recent Pangako Sa’Yo appreciation party aaaand let’s just say that sometimes actions do speak louder than words. (PEP.ph)

2 Jasmine Curtis-Smith was spotted celebrating her 22nd birthday with her rumored new beau, Jeff Ortega, at a private dinner with Anne Curtis, their dad, and their younger sis. Looks like things are going smoothly for the new couple!

3 Hailee Steinfeld made her first TV appearance in the Philippines on Tonight With Boy Abunda. The Oscar nominated Hollywood actress, who is part Filipino, describes her arrival in the country as "incredible," saying, "Coming to the Philippines has been a topic of conversation in my family for years so it's incredible that my music is what finally brought me out here.” (ABS-CBN)

Hi my loves. I've enjoyed every second of shooting #KocktailswithKhloe

Your support each week has meant more to me than you could imagine, and I'll continue to make time for our weekly chats.

There are SO many exciting things coming up for me that I can't wait to share with you... I'm not going anywhere :) Love you always! XO

5 ICYMI, here’s the second teaser trailer of the much-awaited Star Cinema romcom, Just The 3 Of Us. Who’s excited to see John Lloyd Cruz and Jennylyn Mercado together on the big screen? We are! The film is slated to open on April 27 in cinemas nationwide.