Even though Kendall and her rumored BF Ben Simmons were on vacation together earlier this month, it looks as though things might be petering out. E! reports that last Friday, Kendall was spotted at the Malibu Chili Cook-Off in California with friend Bella Hadid and Bella's younger brother, Anwar Hadid. 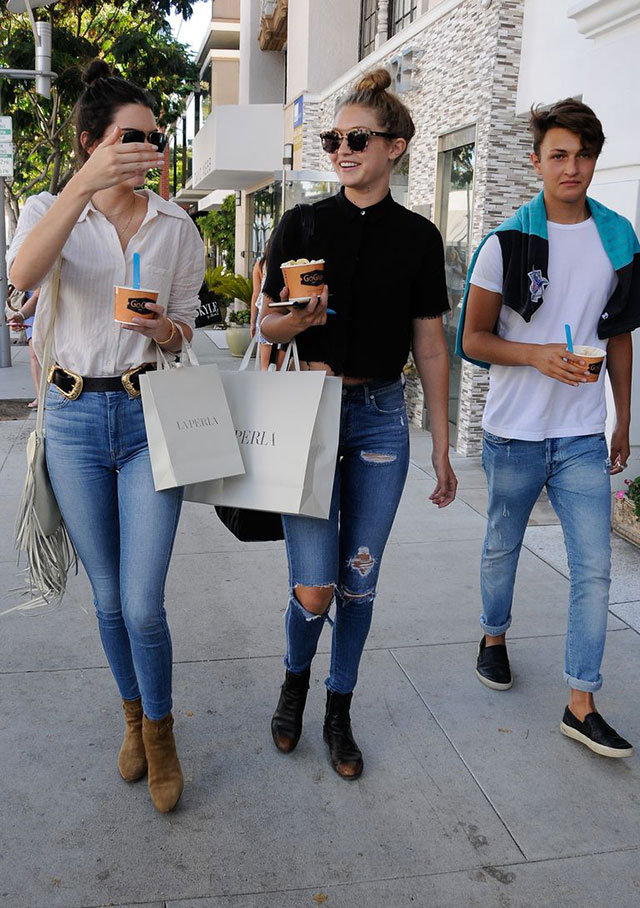 Kendall and Anwar, who were seen making out in June, were apparently "cozying up" and "going down a carnival slide together" at the Malibu festival, which suggests that things are heating back up between them. There have also been rumors swirling that Kendall's romance with Ben is coming to a close, so her getting comfy with Anwar is possibly a sign that Kendall and Ben are over.

But don't go thinking that Anwar is the main cause for Kendall and Ben drifting apart. A source told E! that Kendall "always wanted to keep her options open. She likes Ben but she knew it was more of a summer fling. They both have busy careers and it is what it is. Kendall isn't looking for anything serious. She had fun with Ben, but wasn't ever fully committed or looking for a long-term, exclusive relationship."

Kendall has stayed quite quiet about both relationships and has yet to confirm anything. Which leads me to the question: