Kendall Jenner partied in New York City on Wednesday night, and, just like that, side boob is now a dying trend. The model wore a cropped (and I mean cropped) white tank top that flashed some subtle underboob. 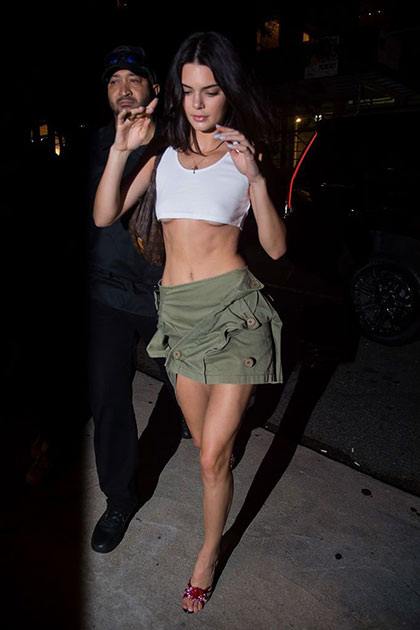 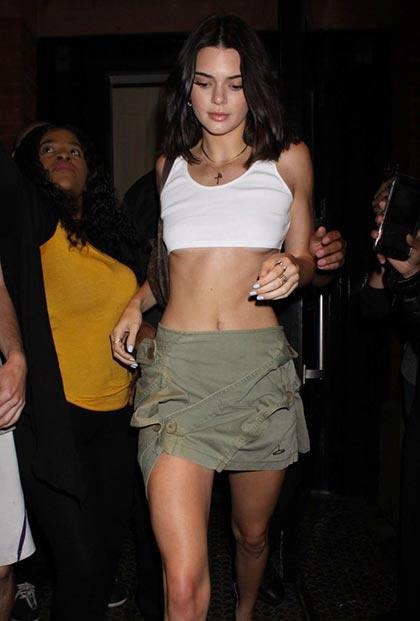 She can walk around in literally half a shirt and a contorted cargo skirt and still look chic AF. How, Kendall? How do you do it?! 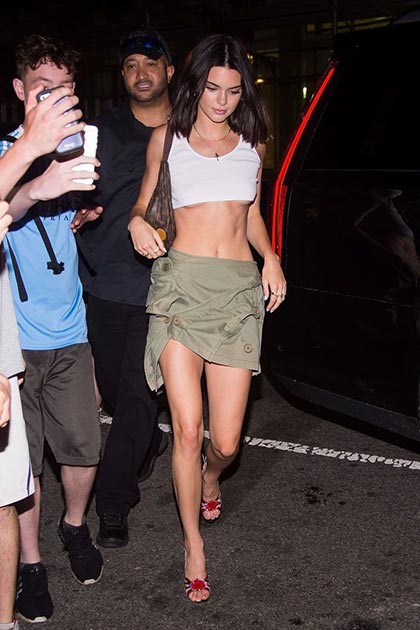 Naturally, she was joined by fellow models and BFFs Bella Hadid and Hailey Baldwin on their way to a birthday party in SoHo. 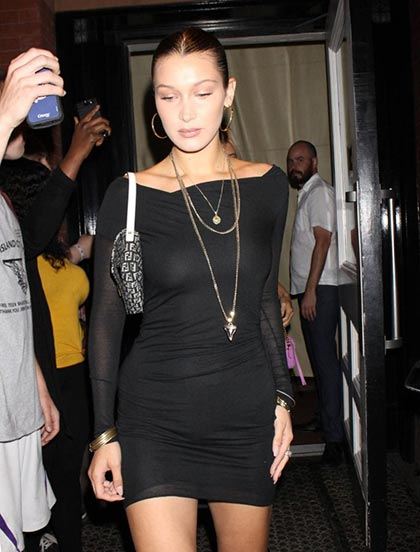 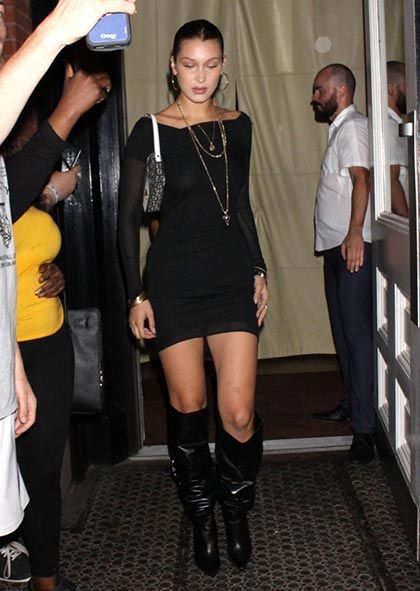 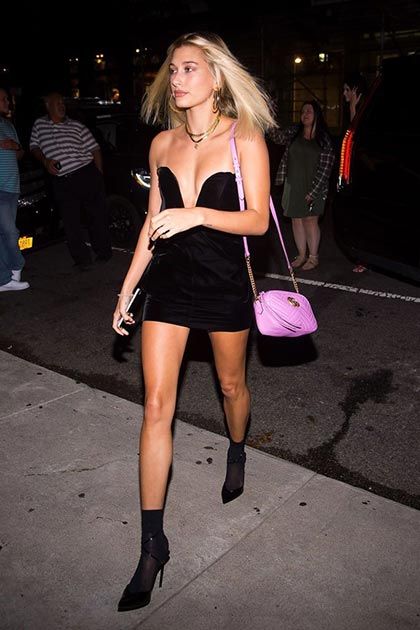