HELLO. Welcome to this episode of "Khloé Kardashian and Tristan Thompson Have Broken Up," a series brought to you by the internet. Earlier today, we learned that Tristan had allegedly cheated on Khloé with Kylie's best friend Jordyn Woods, and Khloé basically just confirmed the entire thing.

An Instagram account called Hollywood Unlocked posted a video in which they reported that one of their writers was at Tristan's house this weekend and watched the whole thing go down. Please, do yourself a favor and watch:

And instead of, like, denying this entire thing, Khloé randomly hopped into these comments to basically confirm what happened. First, she commented the shouting emoji, which as you probably know is like, "Say it louder for the people in the back!" 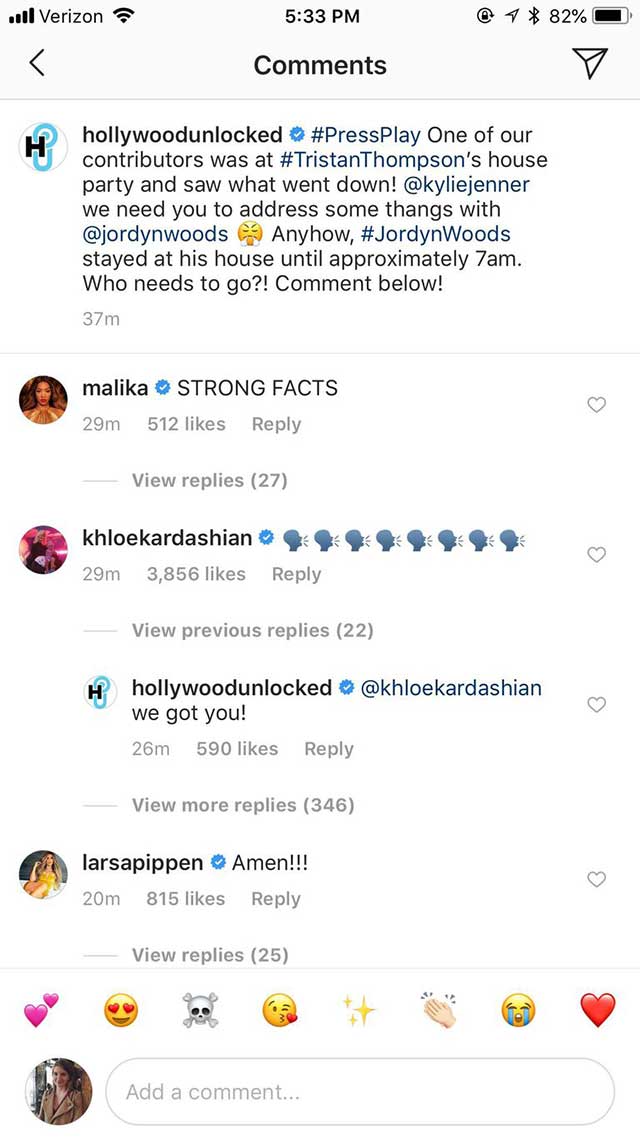 Not only did she comment on it herself, but her close friends Malika Haqq and Larsa Pippen commented, as well, writing "STRONG FACTS," and "Amen!!!" respectively.

So, um, yep, not a single person in this entire situation is denying any of what's being reported.

FWIW (and that's not much), Tristan tweeted and deleted his response, calling the whole thing fake news. Looks like Khloé disagrees, dude!