I hope y'all are ready to get jealous of a one-year-old, because it was Chicago West's birthday last Tuesday, January 15, and parents Kim Kardashian and Kanye West threw her a super extravagant Alice in Wonderland-themed birthday bash.

Kim shared some snaps of the party on Instagram, and it looks like she went all out. There is a huge floral arrangement at the entrance, actors dressed as Alice and the Queen of Hearts, a wall of party favors, a moon bounce, a custom maze, and arts and crafts tables where guests can paint roses red and make mad hatters:

And just in case that wasn't enough, Kim also had a big table filled with on-theme sweets and a huge birthday cake for Chicago:

I'm assuming that the guest list largely consisted of other children (this is a baby's birthday party, after all), but there were also some celebs there, including John Legend, Chrissy Teigen, and their kids Luna and Miles, who look like they had a blast:

Of course the rest of the Kardashian family was also there, including Khloé Kardashian's daughter True, who was having fun with her cousin North: 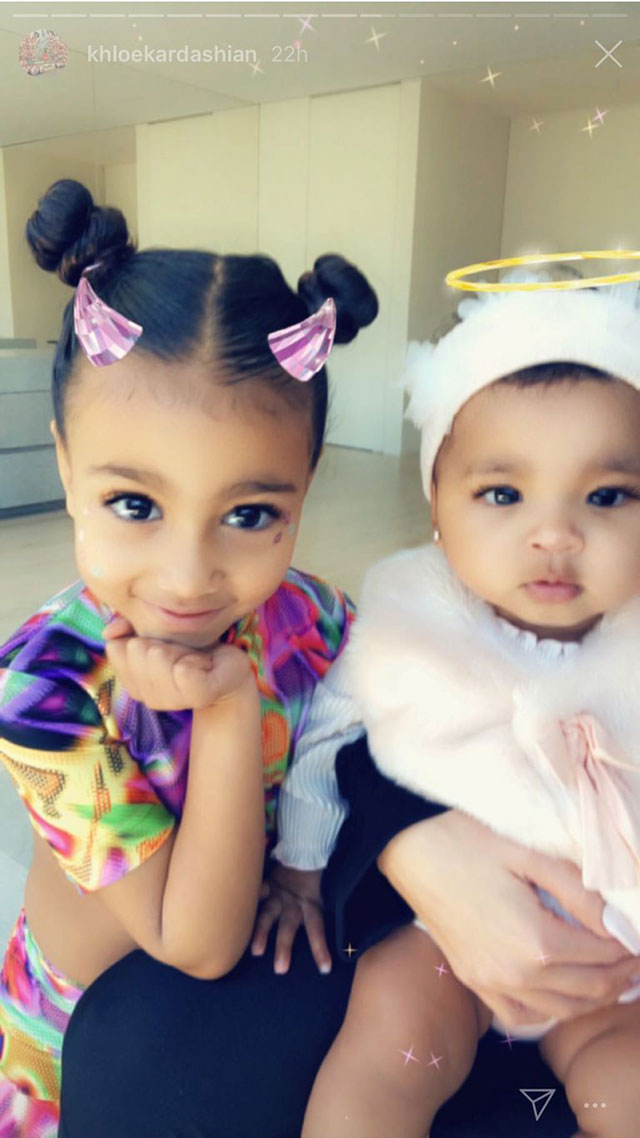 And honestly, I'm just hoping that my wedding will be half as nice as this baby's first birthday party!