Images from inside the Kim Kardashian robbery crime scene at Paris' Hôtel de Pourtalès have been released, and they're upsetting.

The images include a gag used on Kim during the heist, as well as tape used to bind her arms and legs. This all comes from French television network TF1 (via The Daily Mail, natch) as part of a video reenactment of the robbery. It's disturbing, to say the least. 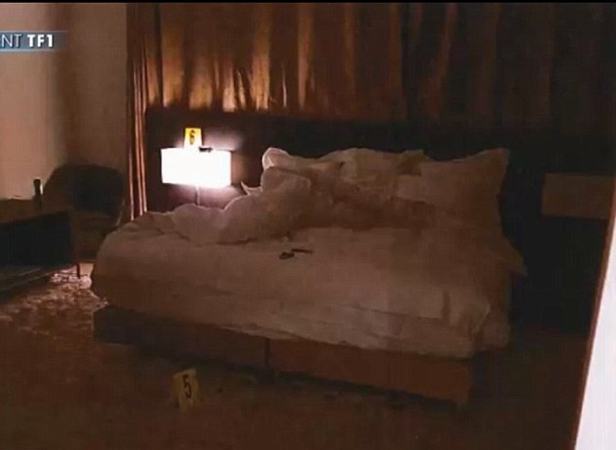 Here's a tie that was used to gag her: 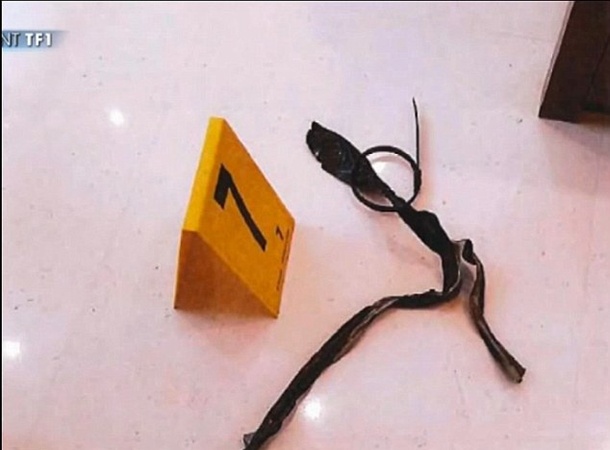 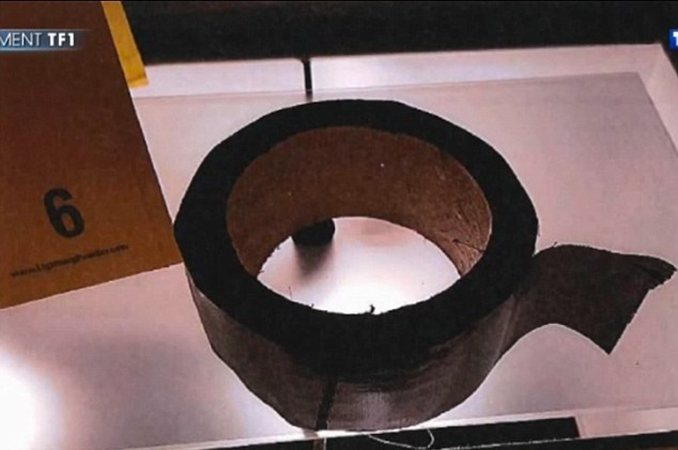 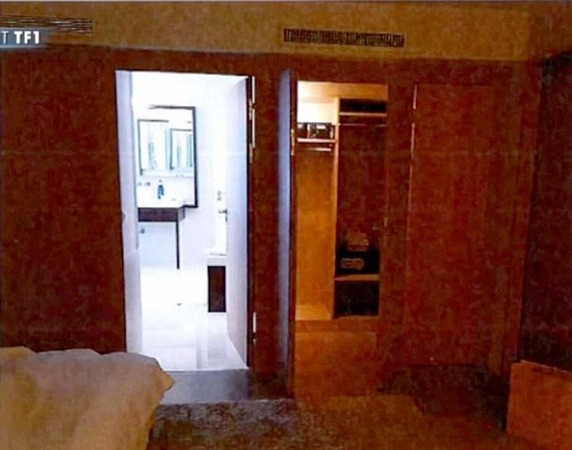 The network also released CCTV images of the alleged robbers in October of last year, shortly before the robbery: 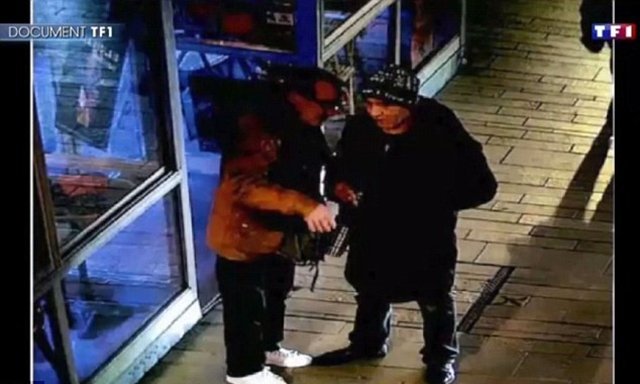 Luckily, a series of arrests were made in January, although none of the robbed goods have made their way back to Kim. She has not returned to Paris since the crime.