Kris Aquino Defends Erich Gonzales After She Was Called A 'User'

On July 21, 2018, Kris Aquino posted on Instagram a photo of her sons Joshua and Bimby with actress Erich Gonzales. In her caption, Kris said that the photo was taken when Joshua was recovering after being hospitalized due to erosive esophagitis.

Kris wrote, “Our gentle giant is still recovering and getting used to his medicines, but the visit of @erichgg brought sunshine on this rainy Friday. #family.”

Erich is currently starring in the TV series The Blood Sisters.

A number of Kris’ followers sided with her.

The follower was referring to the time in June 2018 when Erich stayed at Kris’ house after an asthma attack.

There were other followers who attested to Erich and Kris’ friendship, as well. 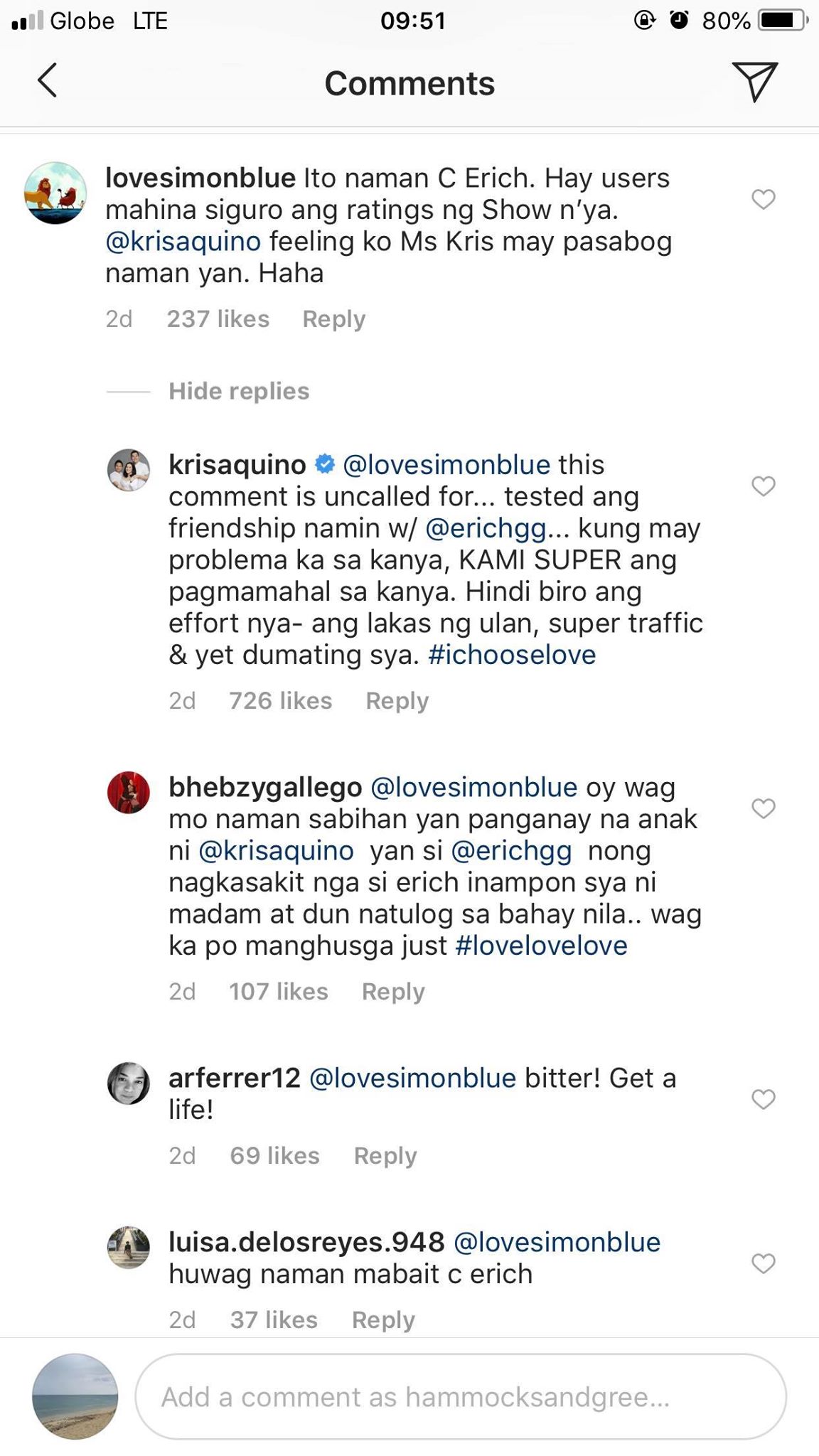 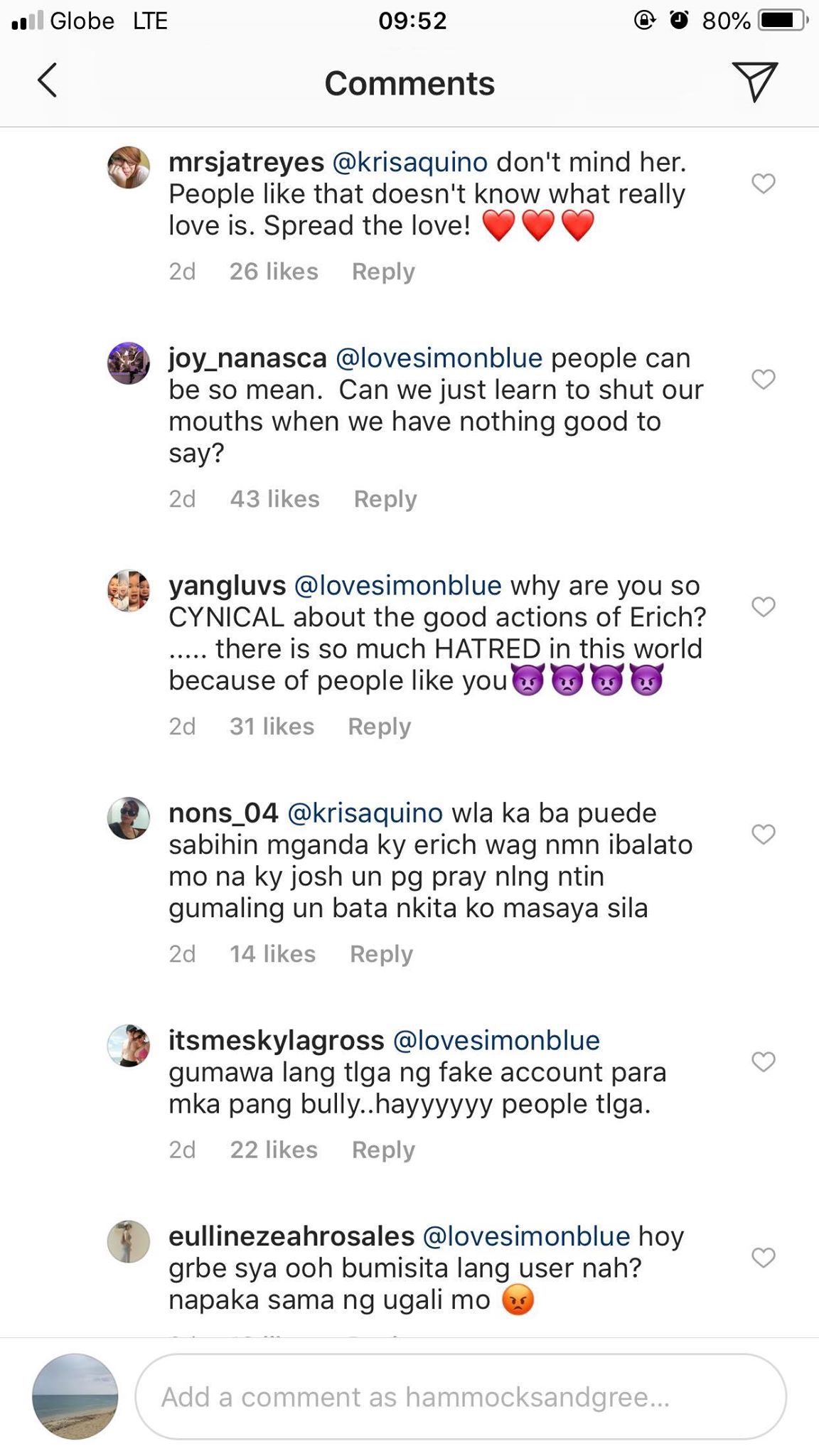 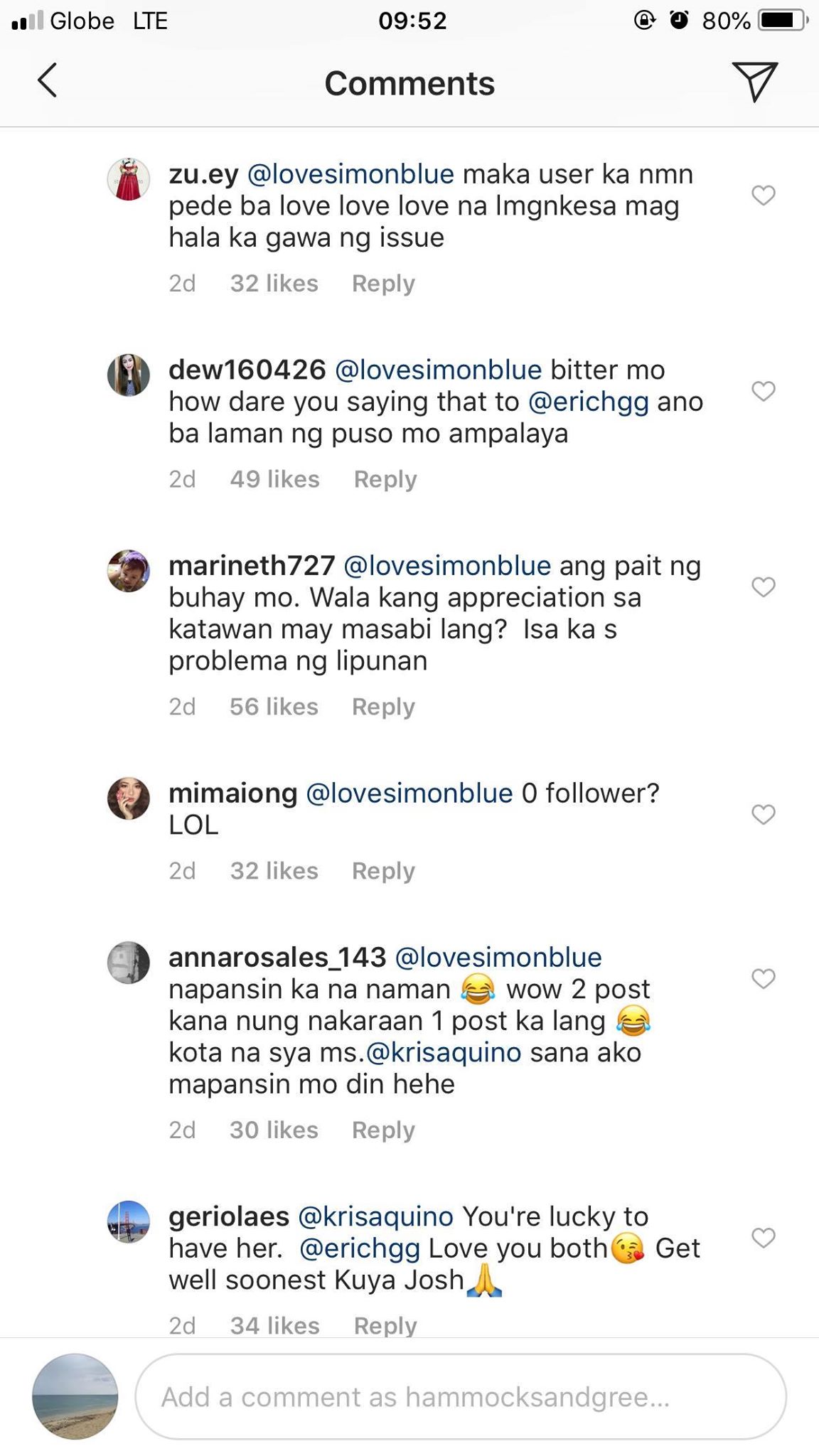