The living legend known as Kris "This Is a Case for the FBI" Jenner showed up on The Late Late Show with James Corden yesterday, where she played a casual game of Spill Your Guts or Fill Your Guts. And naturally James asked Kris if she and her boyfriend Corey Gamble are engaged. Which, fair enough, considering she's wearing a giant ring on her finger.

Naturally, Kris decided to eat a cricket instead of answering—but here's where things get interesting. When James tried to joke that Kris' ring basically speaks for itself, she let her guard down and mused "This is not the ring"—prompting James to excitedly shout "But there is a ring!"

Meanwhile, the camera panned to Corey in the wings of the studio, literally making this face: 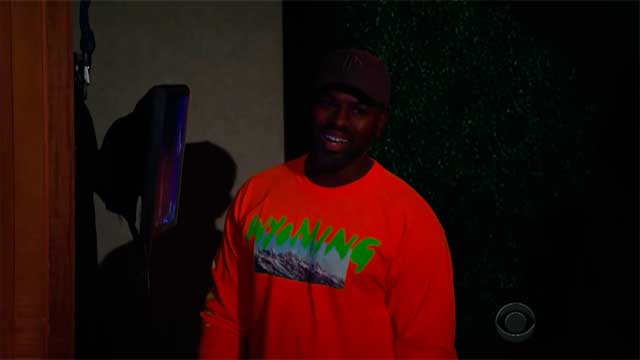