Kylie Jenner appears alongside her four Kardashian-Jenner sisters in Calvin Klein's new underwear campaign, and fans are speculating about whether you can see any signs of her rumored pregnancy bump.

The 20-year-old is seen lying down with sisters Kim, Khloe, and Kourtney Kardashian and Kendall Jenner in the lead shot for the brand's new family-themed ad campaign. 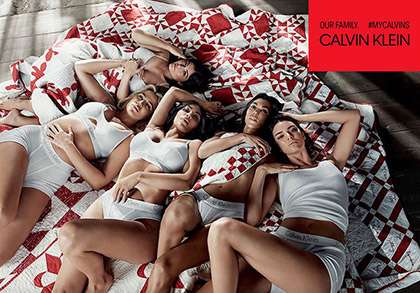 She is covered in a blanket, while Khloe, Kim, Kourtney, and Kendall lie facing the camera in their underwear.

In a second picture, Kylie is carefully positioned behind her sisters with her chin resting on Khloe's shoulder, while in a third, she wears a buttoned-up denim shirt while Khloe and Kim lie in their underwear. 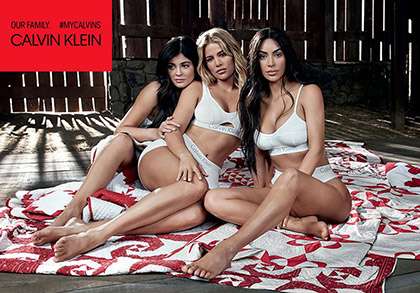 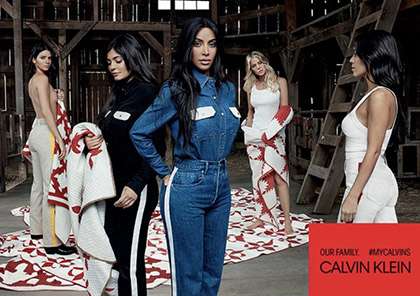 MailOnline say the images were taken months before Khloe confirmed her pregnancy in December 2017, which is seemingly evident in her lack of baby bump.

But it's Kylie Jenner's potential pregnancy that fans are still speculating about on social media in response to the Our Family Calvin Klein campaign. 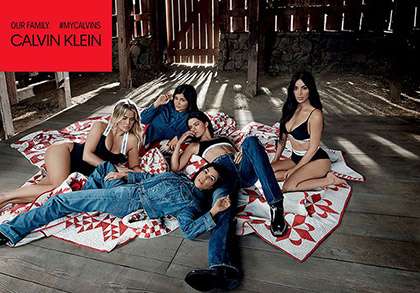 One person commented, "So this picture proves that @KylieJenner that time was pregnant, that's why she's covered. All sisters have their belly exposed except her. So till now she maybe gave birth. To hiding a pregnancy of the people it's like why admit why care what they say. With that why don't enjoy it. [sic]" 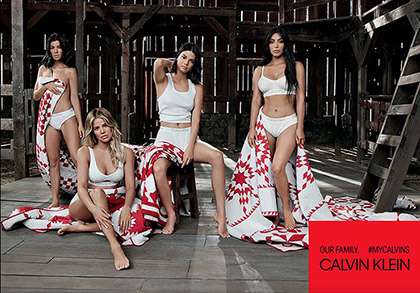 Part of the campaign also includes a video advert, which sees the sisters playing "Never Have I Ever" while lying down on the blankets with their heads together.

"Never have I ever been the center of months of speculation about whether or not I'm pregnant," eh Kylie?