This Video Of Kylie Jenner Crashing A Prom Is Beyond Glorious

It's prom season, and Kylie Jenner is here to paaaartaaaay!

On Saturday night, the youngest Jenner showed up at Rio Americano High School in Sacramento to accompany a junior named Albert Ochoa to prom. Teens all over California's capital shared photos of Kylie and her best friend Jordyn Woods dancing and having fun with the students. 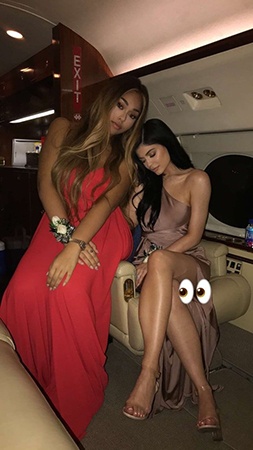 Kylie at our prom... #sactown pic.twitter.com/4ViX3yILtI

If you'll remember, all the way back in 2013, Kylie told Seventeen that her ideal prom date was a guy "who's not afraid, or doesn't think that he's too cool, to show up at my house with a rose corsage. It would be nice for the guy to come over and be respectful and nice while my mom takes prom pics."

Seeing as she never got to go to her own prom, it looks like she's making up for lost time. Party on, Kylie.