You might have forgot already since the whole Kardashian family is in major-meltdown mode, but Lady Gaga and talent agent Christian Carino just called off their engagement and broke up. Like, it is not a great week in the world of celebrity relationships.

Fans have been convinced that Gaga and her A Star Is Born co-star Bradley Cooper are secretly in love, though there's honestly no cold, hard evidence of that. However! What we do know is that according to body language expert Blanca Cobb, Gaga and Christian were totally forcing their last few public appearances and were very far from happiness. Honestly, if you asked them, "Are you happy in this modern world?" they probably would've said no.

Here's what Blanca had to say about the last couple awkward awards show dates they went on before splitting:

After Lady Gaga won the Best Original Song award for "Shallow," she and Christian shared a strange kiss that pointed to how forced their relationship likely was at the time. 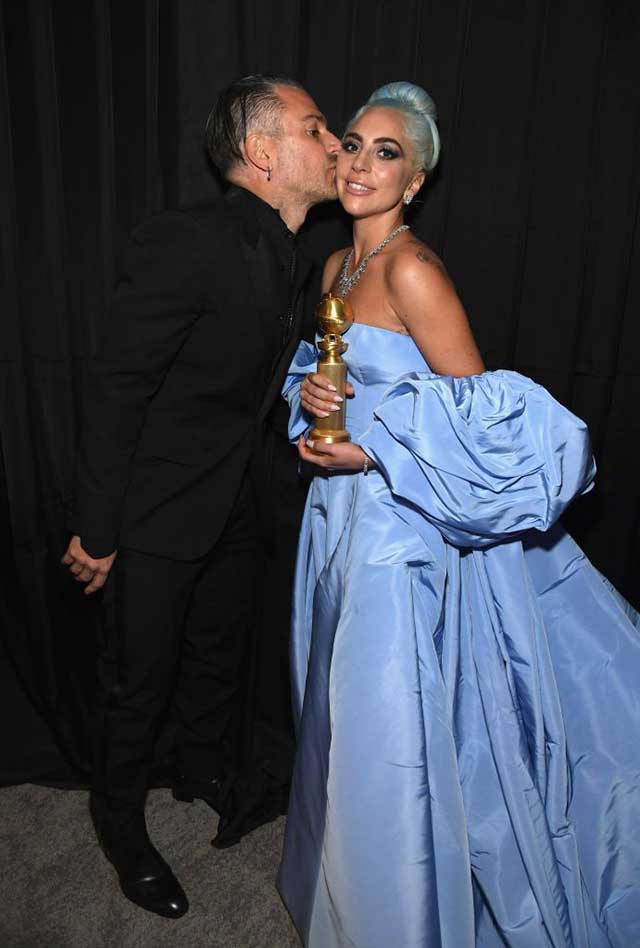 In the photo, you can see how Christian leaned in for a kiss while he was still standing pretty far from her and kept his hands to his side, which is a red flag for Blanca. She explained, "When you kiss your honey, you want your hand on them, like maybe touching an arm. There's a million and one ways he could've been more emotionally connected to her, and it's just not in that photo."

Aside from Christian, there are mixed messages in Gaga's body language. Yes, she smiled through the moment, but Blanca notes it could've just been pleasantries because they were being photographed. Gaga's torso does, however, provide some semblance of hope even though we all know how their relationship turned out in the end.

Gaga's shoulders, chest, and hips are facing toward Christian, which means she still had a fondness for him at the time. "If they were having problems or they weren't sure if they were going to continue the relationship, that doesn't mean the love is automatically gone," Blanca clarified.

Sadly, Lady Gaga didn't take any awards home during the SAG Awards. Christian may have felt equally shut out of her emotions that night, especially when he leaned in for another kiss, and she totally turned the other way. 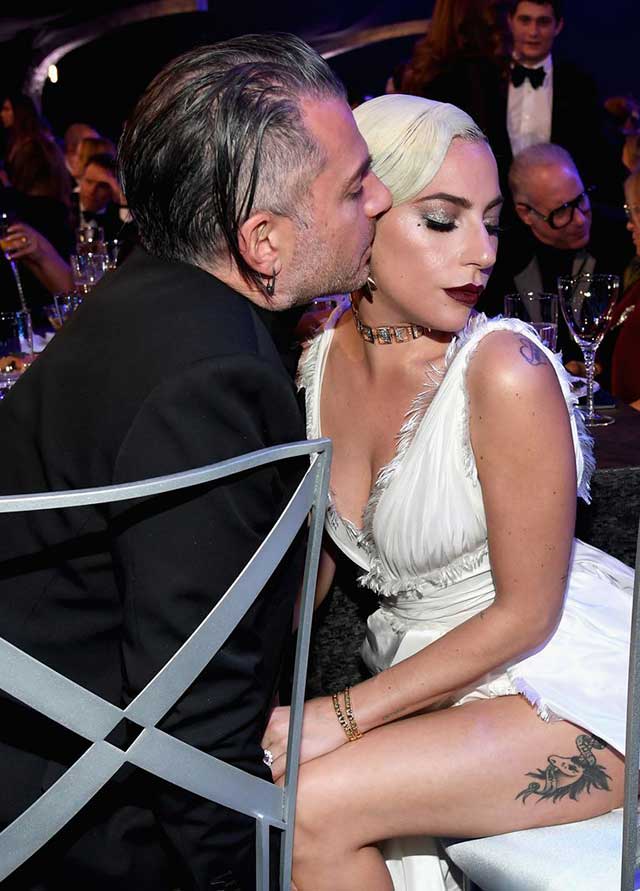 The first thing Blanca noticed was how his eyes were slightly open when he leaned in for the kiss. Plus, he was basically kissing her ear, which is just plain weird.

"The further you get away from the mouth and when you have your eyes open, it looks like you're not into it," Blanca said. "It comes across more of obligation, or a social expectation, since they're a couple and they're out in public." Um, yeah. You could say their romantic interest in each other was very shallow right here.

And it seems like things went even more downhill in the days between these two photos because Gaga isn't even facing him anymore when he tries to kiss her. Her body language is pretty much saying, "I'll let you kiss me, but I'm gonna turn my face," Blanca explained.

The most damning thing of all? Her hands, which were curled in and not reaching toward him at all. Blanca called that "a choice." She added, "At a minimum, she could be touching him...and she's not. She's disengaged."

Ultimately, this could explain why Christian wasn't with Gaga at the Grammys even though she was set to perform, walked the stage with Michelle freaking Obama, and was nominated. Safe to say he probably won't be at the Oscars.