The theme of this year's Met Gala is Camp, and let's just say Lady Gaga, one of the first celebs on the pink carpet, has nailed it, in a hot pink cape by Brandon Maxwell that would take up an entire apartment.

Gaga made an entrance with a bunch of men lifting up her train and holding black umbrellas over her. It was super casual.

Then came the big reveal—underneath the cape was a huge black dress! 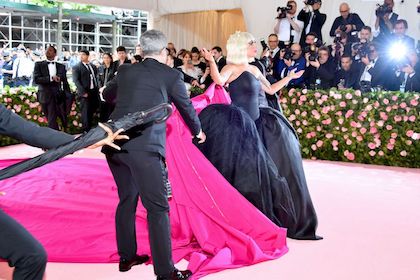 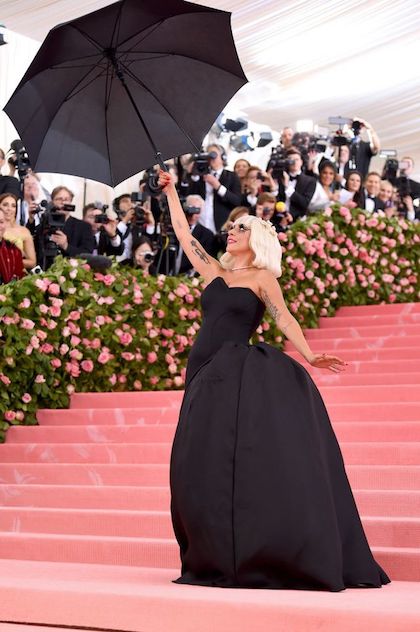 And underneath that dress was another dress in hot pink!

And underneath that look was a final bra-and-tights situation! Four looks in one!

RIP us and also Twitter, because honestly no one could deal. Take a look:

In case you were wondering, Anna Wintour was delighted and so was everyone else there: