We've all seen Mean Girls at least a million times, right? So we all know how perfectly put together it is.

But imagine a world where the movie was turned on its head. Imagine if Regina George was played by someone else. Weird, right?

Well it turns out the star of the film, Lindsay Lohan, was actually desperate to play Regina and not Cady Heron. 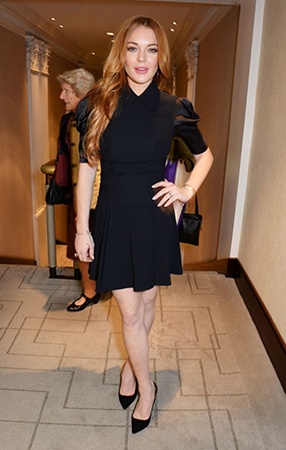 Speaking to Entertainment Weekly, Lindsay revealed that she discussed playing Regina at length with director Mark Waters, but he just wasn't having it.

"Mark came out to scout locations for Mean Girls and came to see me at my hotel and said, 'Do you wanna do this movie?' I wanted to play Regina. I had just played in Confessions [of a Teenage Drama Queen] and Freaky [Friday] not the cool girl in school. I was still 17 years old and I wanted to be the cool girl on set.

"So I had a war with him, and he goes, 'No, Cady is the heroine, and that's who you are.' Then I sat in all the auditions. Amanda [Seyfried] auditioned to play Regina as well. It ended up being Rachel [McAdams], and she's wonderful."

So Lindsay, Amanda and Rachel all wanted to play Regina? At least Lacey Chabert knew that she was Gretchen Weiners through and through from the start.