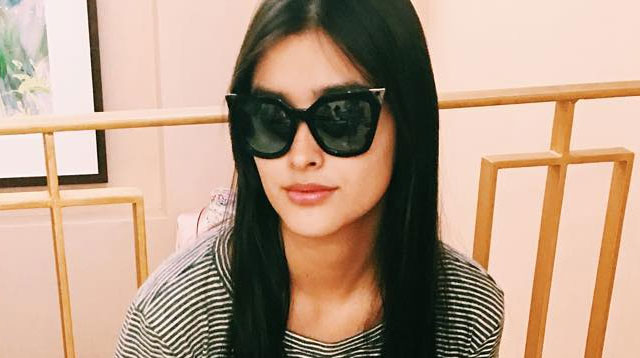 1 Liza Soberano gave a netizen a piece of her mind! On Twitter, the netizen accused Liza's mom of being a meth addict, and that she's currently in rehab in the U.S. hence can't go back to the Philippines yet. The 18-year-old tweeted the basher back: "You can call me anything you want, but never ever say anything bad about my mom. She doesn't deserve it." She then expressed her thoughts about the whole thing, tweeting "Sad to see people hide behind their social media accounts. Throwing words far below the belt at people they don't even know." and "How is this even becoming acceptable? Isn't anyone going to put a stop to this?" (PEP)

@lizasoberiganda Liza's mom is a meth addict! On rehab. That's a fact!

@lizasoberano of all the things that were said about your Mom, y so affected with mine.This isn't the first time she's been called as such

@lizasoberano I'm sorry you're hurt, but seriously she needs to shape up. I'm excited for your show!

2 After six months in rehab, former child actor Jiro Manio says he wants to get back to acting. “Okay na po ako. Healed na po ako,” he says. Ai-Ai de las Alas, his co-star in Ang Tanging Ina Niyong Lahat, was the one who brought him to a wellness facility last year, since she really wanted him to be free from substance abuse. And now Jiro believes that with the actress’ help he can get back on his feet and career. He’s going on a diet and going to the gym to make his belly smaller. “Nag-promise po ako kay Mama Ai na aayusin ko, hanggang sa makabangon ako, at suklian ko ang lahat ng mga tulong niya sa akin.” (PEP)

3 Rihanna's latest album Anti, which was three years in the making, is finally out on Tidal! People are going crazy about how good it is, BTW! So here's "Work," one of her tracks and collabs with Drake.

5 Dingdong Dantes and Marian Rivera finally went on their first date since being parents in November. Well, the first as seen on social media, at least. They went to the Peninsula Manila to have dinner, and they managed to take a cute mirror selfie. Their captions on their pics are cuter, though! Dingdong said "A quick and temporary change of status from being 'hands-on parents' to 'dating parents.'" Marian's reads "Feeling dalaga last night as I took a quick break from my MOMMY duties. Thank you Mama sa pag-alaga kay Letizia kagabi." (PEP)