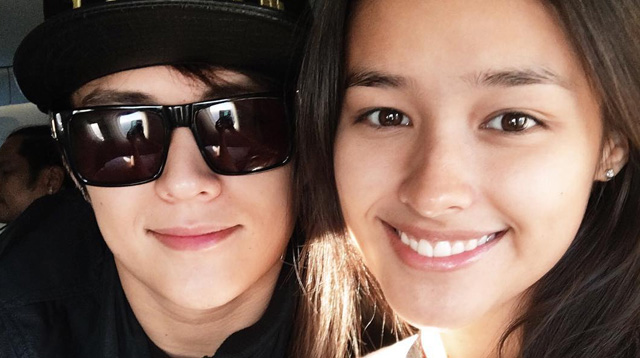 2 Solenn Heussaff is giving us some serious wedding envy right now! The former Cosmo cover girl just revealed on her Instagram page that she will be getting “hitched in the middle of nowhere,” aka a castle somewhere in France! According to PEP.ph, the castle is the Château de Combourg, located in the town of Combourg in Brittany, France. Sos and her fiancé Nico Bolzico will tie the knot in May this year. (PEP)

3 Guess who wants to be a part of Taylor Swift’s squad? Ariana Grande! The pint-sized diva spoke about celebrity squads in a radio show recently and revealed that she’s definitely interested in being a member. She even asked if she needs to do anything to be qualified. We think you’d fit right in, Ari! (Cosmopolitan)

4 Remember when the Internet went wild when Kim Kardashian posted that nude selfie? Some celebrities posted similar photos to show support for the reality TV star, including model Emily Ratajkowski.

Today, the two teamed up and posted this topless photo with their middle fingers up, showing how much they DON'T care about what people have to say about them. You go, girls!

5 Zac Efron just posted this exclusive first look on the movie set of Baywatch. Petition to rename it Bae Watch instead, yes?