In April 2019, Liza Soberano decided to withdraw from the Darna movie reboot because of a finger injury that she acquired while shooting the fantasy series Bagani. Liza fractured her right index finger bone in 2018 and opened up about it in an interview, "Nadurog po 'yung buto, the top part and the bottom and also my joint so 'di ko po siya nagagalaw. Alam ko na daliri lang po siya. It's not normal, my other fingers meron po siyang pakiramdam, but it's not the same as it was before."

She's had two surgeries for it already—the first one took place in November 2018—and just got a third finger surgery this month. Liza's brother Justin (who is now a proud dad) took to Instagram Stories on May 18, 2019 to post a photo of his older sister's post-surgery finger. He wrote, "Very happy that the surgery went great! To my brave sister, get well soon we love you so much!"

In Justin's photo, we see Liza's finger with surgical pins that are supposed to help repair the bones on her finger. According to WebMD, for finger injuries like this one, the pins may be removed in four to six weeks. 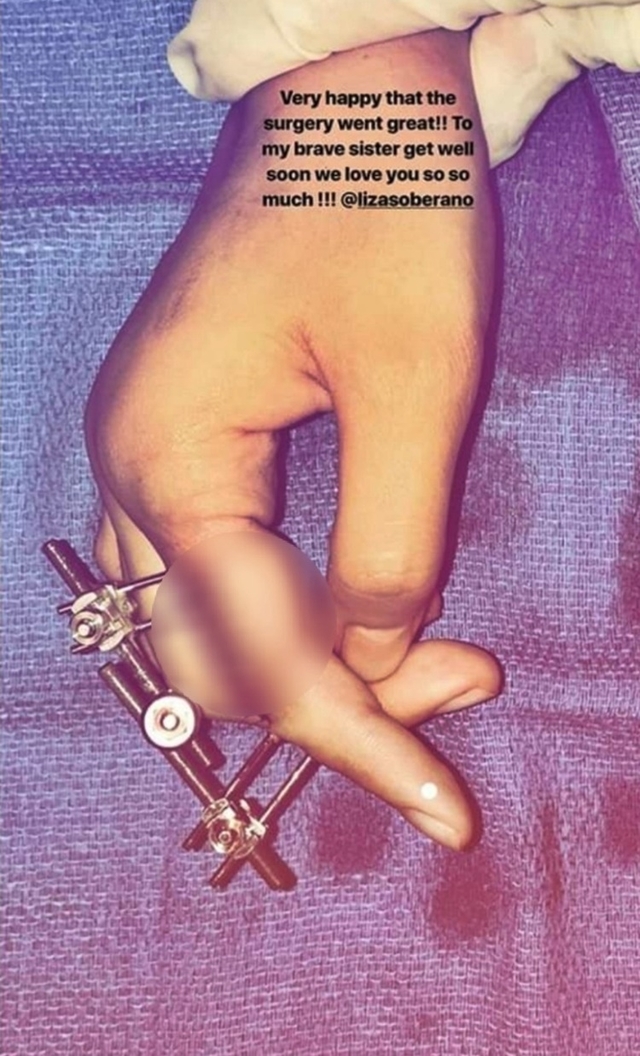