Local Celebrities With Elevators In Their Own Homes

It's one thing you don't normally see inside an average Filipino's home.
by Nikko Tuazon for Pep.ph | Mar 15, 2018
Post a Comment

The ABS-CBN actress bought her three-story house in an exclusive village in Quezon City five years ago, after breaking up with former boyfriend Derek Ramsay.

In the August 2012 issue of Cosmopolitan Philippines, Angelica revealed that making the purchase helped divert her focus. She also wanted to fully enjoy her "singlehood."

In December 2016, Angelica had her home renovated, choosing Victorian and modern styles for its interiors.

In an interview with PEP.ph, Angelica revealed that she sought the help of Heim Interiors which helped align her interior design ideas to make it holistic. Angelica also noted that familiarity played a crucial part in their design process. 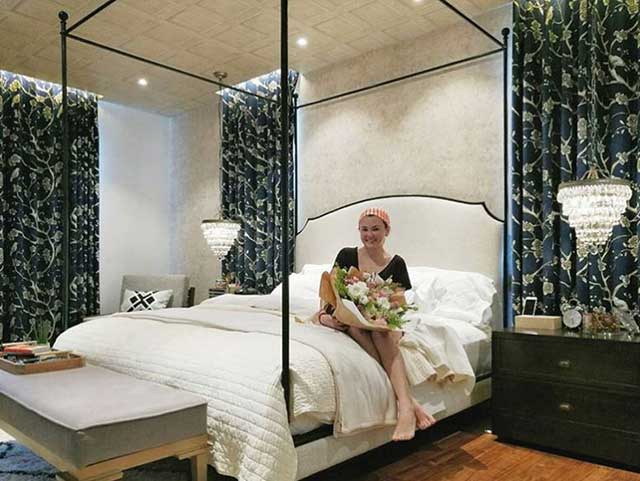 One thing you'd probably wouldn't miss if you get invited to her home is her elevator, which had been in the house even before the renovation.

The Kapamilya actress visited her One More Try co-star for a bonding session and said Angelica's elevator is worthy of a post on her Instagram account. 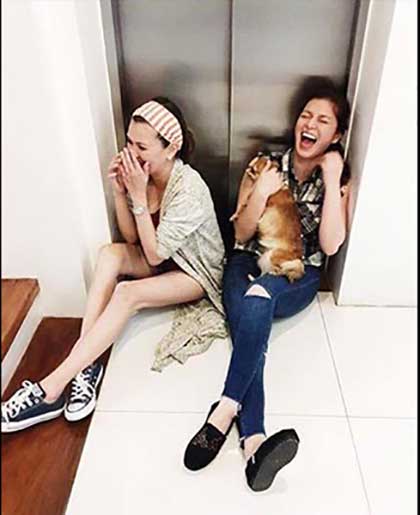 In the video, Kim was heard saying, "Sosyal naman ng bahay na 'to may elevator. At may pa-manang pa!"

Upon reaching the house's terrace, she pointed at Angelica as the owner of the house and said, "Alam ko na kung kaninong bahay 'to! This girl [Angelica] owns the house! Iba din sila eh!" 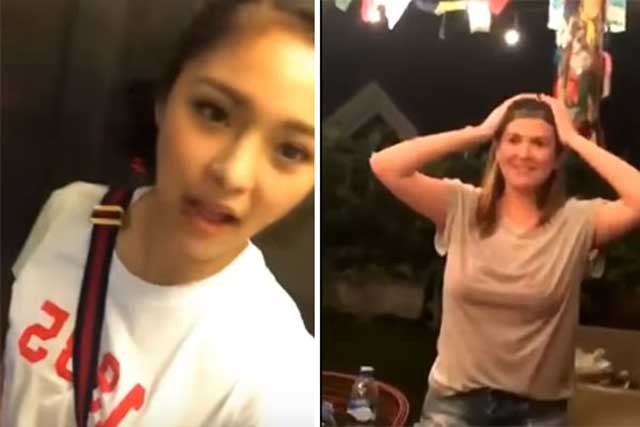 Celebrity entrepreneur Joel Cruz also had an elevator installed in his Baguio Mansion, also known as the "White House of the Lord of Scents."

Many locals raised their eyebrows on how the 3000-sqm, four-story mansion was approved inside Camp John Hay (CJH).

Joel, however, has decided to open the property to visitors when they're not staying in the house. 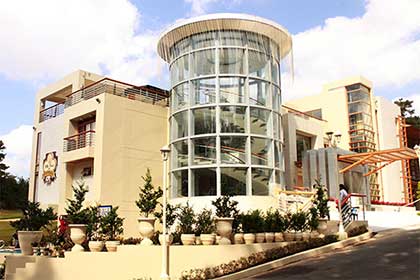 In a previous interview with Kris Aquino in the now-defunct Kris TV, Cruz said he wanted an all-white property which is totally different from his house in Manila.

In a separate interview with Inquirer, Joel noted that his eight other siblings also "chipped in" to build the white mansion.

He said, "There would be nine of us living there. My eight siblings and I and our mother. Each sibling would have his or her own room.

"The idea was for all of us to get back together again once all the siblings are retired."

The mansion was designed by Ruben Payumo, the resident architect of CJH Development Corporation.

The elevator was built initially for her late mom, Elaine Cuneta, to make it easier for her to transfer floors when she started getting sick.

A post shared by Coach:TheVoice.phActorSinger (@reallysharoncuneta) on Dec 12, 2017 at 6:16am PST

This home, dubbed as "The Fortress" by Sharon's close friends, didn't just have one, but two elevators.

The first one was found in their foyer right beside the grand staircase.

Sharon's home also had a dumbwaiter found right beside their microwave oven in the kitchen.

A dumbwaiter is a mini-elevator found inside homes to deliver food and other small things in between floors.

Aside from the elevator, Sharon's home also had a separate guest house by the pool where her daughter, KC Concepcion, previously stayed.

Sharon and her family have downsized and are now living in two units occupying one whole floor of a condominium in Makati City.

They have since sold this prime property in Mandaluyong.

OPM Royalty Regine Velasquez and Ogie Alcasid also have an elevator in their 600-square-meter, three-story house in Quezon City.

It was Regine who bought the lot before the couple got married.

In 2010, the couple decided to build their house.

Regine was in-charge with the overall design of their house. The couple later renovated their home in 2013 and added the elevator. 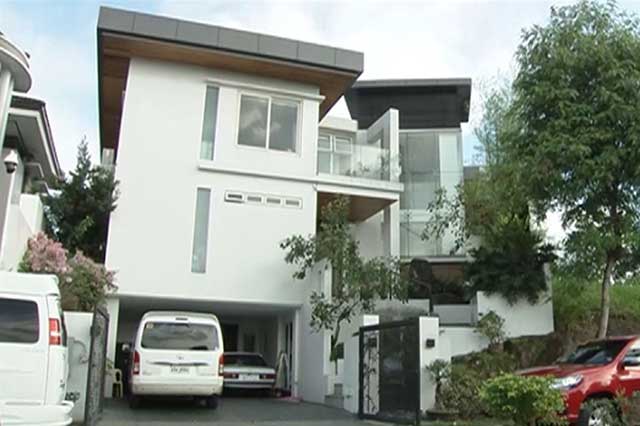 In an interview with Rated K, Ogie mentioned that the elevator was built to help their parents transfer floors.

ABS-CBN singer-actress Zsa Zsa Padilla and Architect Conrad Onglao have been living together since 2014.

The couple is currently staying at the latter's three-story, modern Asian glass house in Makati City which was featured in YES! magazine's November 2014 issue.

One of the main features of their house is the tall hollow column visible with glass panels which actually is the shaft of their private elevator.

Still, Conrad said their family prefers to use the stairs more than their full-functioning elevator.

He said, "Mas practical, and exercise na rin for us."

Conrad also had a dumbwaiter installed in their home to easily transfer small things (or food) in between floors.