The rest of the show's run will be dedicated to Luke.
by Peggy Truong | Mar 8, 2019
Post a Comment
Featured

This post contains minor spoilers about the Riverdale episode "Chapter Forty-Nine: Fire Walk With Me."

Wednesday's episode of Riverdale was the first to air following the untimely death of Luke Perry. Earlier in the day, showrunner Roberto Aguirre-Sacasa confirmed that the episode, along with "the rest of our run," will be dedicated to the actor. "Tonight's episode of #Riverdale finds Fred doing what he does best—helping Archie," he wrote. Luke died on March 4 following complications from a stroke.

While Luke's appearance on "Chapter Forty-Nine: Fire Walk With Me" was brief, every second of Fred Andrews talking to Archie while patching him up from a knife wound felt like a million tiny stabs in real life. "You're not an idiot, son. You've just got a big heart," Fred tells Archie in the scene, which was preceded by Joaquin's younger brother Ricky stabbing Archie in a failed attempt to "kill the Red Paladin." If you've been a fan of Fred since day one, you know it's in these moments that he always knows exactly what to say. 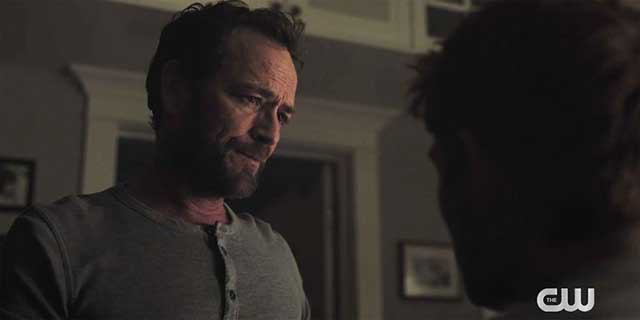 A black "In Memoriam" title card also appeared at the end of the episode before the credits rolled. 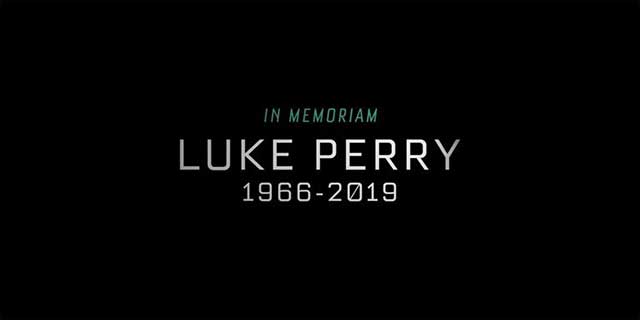 Over on Twitter, Riverdale fans continued to mourn Luke's death as the episode aired.