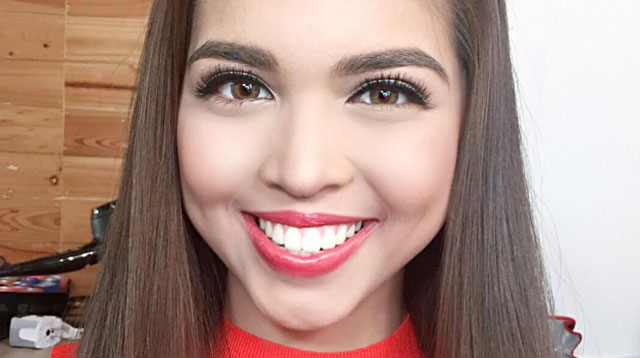 1 Maine Mendoza took to Snapchat to respond to her army of haters. Last night she was seen reading a bunch of hate tweets and responding to them in the best way ever. Someone tweeted "Sobrang chaka mo. Laki ng bunganga mo," to which Maine said "True 'yon. True 'yon." "Ipinanganak ka ba talagang pangit?" Maine's reply? "Pfft! Obvious ba?" "Bakit ang chaka mo?" Maine answered, "Hindi ko talaga alam eh." "Mukha kang katulong ni Alden. Bakit hindi ka na lang [maging] yaya? Bagay naman sa 'yo." "Alam mo, iniisip ko rin talaga yun eh. Pwede!" Maine said. Gotta give props to her for: 1) Not hating on the haters. 2) Beating the haters at their own game by being cool. 3) For teaching us all that it's okay to look the way we do, "flaws" and all. 4) For not looking down on yayas out there—people have looked down on the profession, obviously. GREAT JOB, GIRL. (PEP)

2 Lovi Poe still keeps her lips sealed on her breakup with Rocco Nacino. "Mahirap sabihin [kung bakit] eh. It's confusing. It's complicated." Was it about their joint account, their money that Rocco is said to have spent? "That's not true," Lovi says. "Siguro I really don't wanna talk about the real status of what's happening between me and Rocco." (PEP)

3 Nick Jonas is reportedly dating Lily Collins! The two were spotted two weeks ago "laughing together" on a date, and just last week they were said to be skiing in Mammoth Mountain, California. (Us Weekly)

4 Zayn Malik finally confirms that he's dating Gigi Hadid, like we didn't know from their pics together and his "Pillowtalk" music video. But hey, last week he said they were just "good friends," so it's good he confirmed that she is his girlfriend. He was asked "Was it cool to have your girlfriend in the video?" And he replied "No one easier to make out with than your own girlfriend, right?"(Cosmopolitan)

5 Ariana Grande is launching her own fashion line! She's collaborating with Lipsy London for her spring collection, which is set to launch on Lipsy.co.uk on March 2. Ari's designs are described to be "fun, flirty, and iconic," and she's so sure her "babes" are going to love them. More awesome news? She's also releasing accessories! They're inspired by her style, the heart charms and the choker. We can't wait! (E! News)

The wait is over! We're SO excited to announce our new celebrity collaboration is @ArianaGrande! #ArianaforLipsy pic.twitter.com/DHFiBoomoo

.@LipsyLondon my babes are gonna love this. thank you so much. ?