Actor Marco Gallo has decided to leave the Philippines and put his acting career on hold to return to Italy.

In one of his posts, he shared photos with his Familia Blandina co-stars, saying how thankful he was to have done the film. "I'm glad that I accepted my last job," wrote Marco. "If I didn't I wouldn't have met this beautiful too [sic], it hurts me not seeing you for a long time, but that's why they created phones right?"

In his IG stories, he thanked his team from Star Magic, saying, "Since the first day of PBB, you guys supported me, thanks for the love." 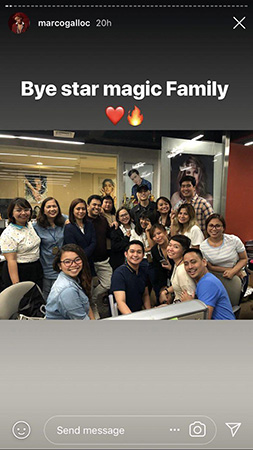 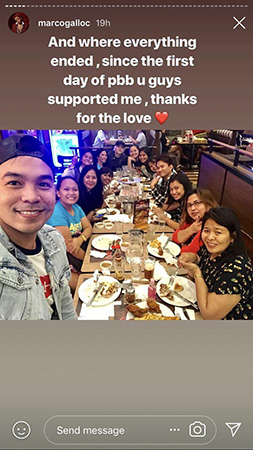 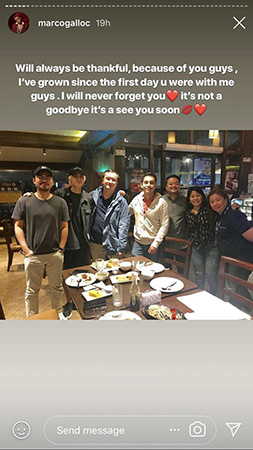 He also had a message for his friends saying, "Starting from now, I won't be there when you guys magtatampo sa isa't isa, so stop being jealous of each other and just love and take care of yourselves." 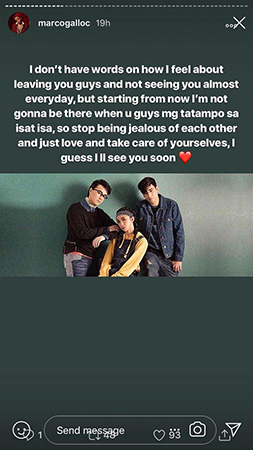