Mariel Rodriguez Says She Did Not Break COMELEC Rules 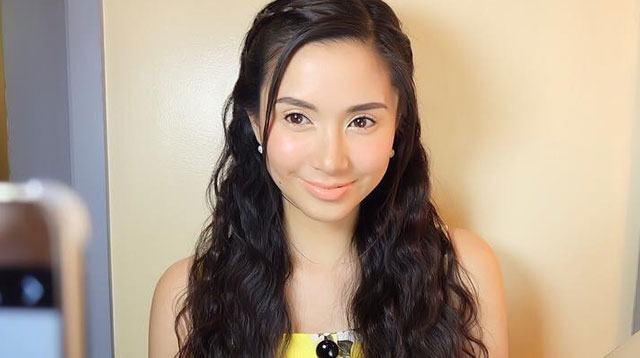 1 Mariel Rodriguez was snapped wearing a DU30 shirt when she voted on May 9, Monday, and netizens were quick to point out that she violated COMELEC rules. The TV host took to Instagram to defend herself, saying: "Honestly, I really don't think I did anything unlawful. I have reviewed the reminders of the voting rules."

Mariel was quick to add that she "did not take photos inside the precinct" and no one saw her ballot. She also said that she was aware that she wasn't allowed to wear a shirt that endorsed the name of her candidate, stressing that she wore a "DU30" shirt, which is not Davao Mayor Rodrigo Duterte's real name. (ABS-CBN News)

2 Camarines Sur representative Leni Robredo has overtaken Senator Ferdinand Marcos Jr. in the partial and unofficial tally for the Vice Presidential race. As of 8:30 a.m., Leni is leading with 13,212,058 votes, while the senator has 13,096,831 votes.

At least 89.98% of the Election Returns have been processed as of Tuesday, 9 a.m. with the Davao Mayor enjoying a wide lead over the other presidential bets. Check out the full story HERE!

4 Congratulations are in order for Ryan Gosling and Eva Mendes! The two welcomed their second daughter, Amanda Lee Gosling! Cute name, no? (People.com)


5 You know who wins the internet? Channing Tatum. The actor took to Instagram to greet his wife, Jenna Dewan-Tatum, on Mother's Day—sharing a photo of his sleeping wife!

"I took this just days after Jenna and I (mostly Jenna) brought our little girl into the world. I've taken many like it over the past 3 years but this is one of my favorites. She was so tired. Haha. But she has such deep strength and other worldly grace. Watching her in those first days transform into a mother was life changing. She was every bit the beautiful, sexy, funny, flawed creature I fell in love with. But the prism turned and showed a whole new light that I had no idea existed, the light of a mothers love. Thank you for that baby."