Martine Cajucom Walked Down The Aisle To The Most Romantic Song

It's no doubt that Martine Cajucom and Cliff Ho had one of the most ~aesthetic~ celebrity weddings we've ever seen (we still can't get over their pink-themed despedida de soltera!). But if there's one aspect of their nuptials that needs more hype, it's the music. The tunes of their wedding paid tribute to Martine's love for '90s pop culture.

On Instagram stories, Martine wrote, "All the wedding songs were chosen from my fave songs from movies and @wearemanja (a Bali-based band) played them all." 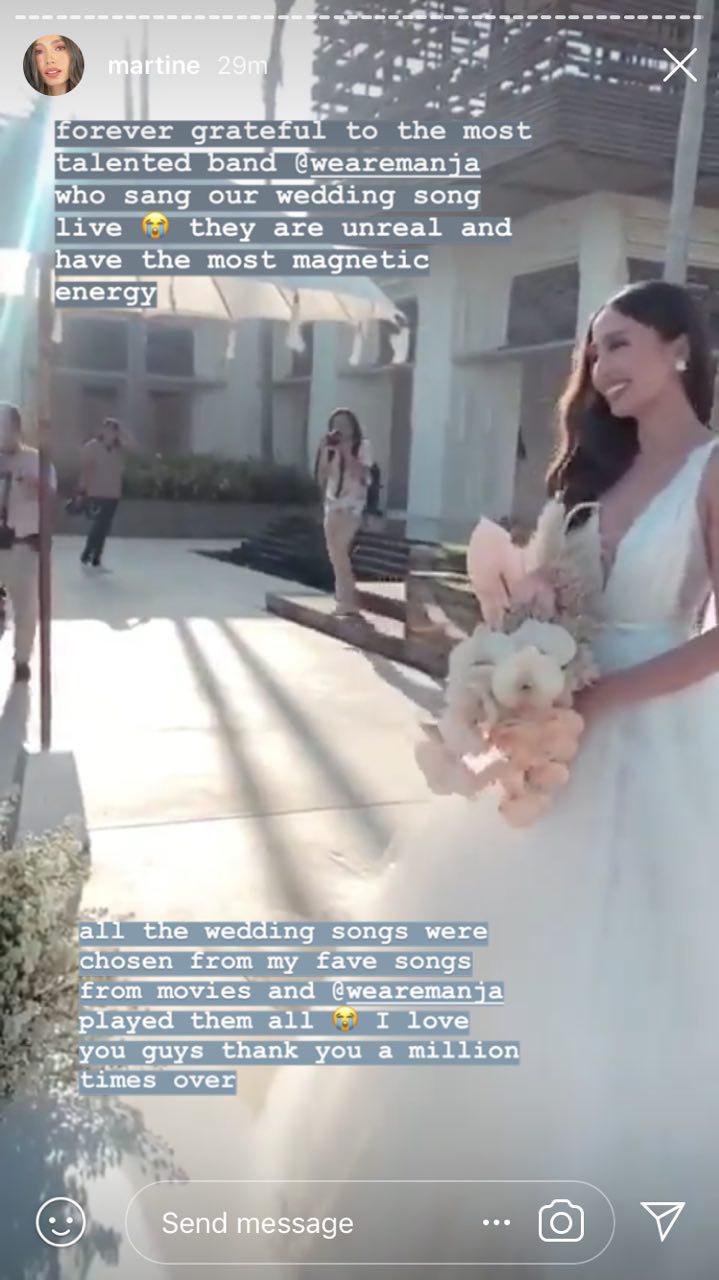 So, what were Martine's wedding songs then?

While binge-watching #MartineIsAHo on Instagram stories over the weekend, I couldn't help but let out an "ohmygod" when I saw clips of Martine's walk down the aisle. It wasn't just because of her gorgeous Rosa Clara gown but it was over the fact that she chose the most romantic song ever: Des'ree's "I'm Kissing You."

Doesn't ring a bell? You'd know what I'm talking about if you obsessively watched Romeo + Juliet in the '90s and have that iconic aquarium scene etched in your heart.

Anyone who's watched Clueless for x number of times knows this song played during Mr. Hall and Ms. Giest's wedding where that epic makeout sesh between Cher and Josh happened!