29-year-old Matteo was tapped to play the lead role nearly four months after James Reid backed out from playing Pedro Penduko due to "spinal injuries."

Does he mind playing second choice to James?

"No naman," Matteo readily answered during a press con held at the Viva office in Pasig City on October 22.

More than anything, Matteo said he felt "overwhelmed" and that it was a "dream come true" to be playing a superhero that will showcase proudly Filipino roots.

"I just actually moved to Viva a few months ago."

Referring to Viva Entertainment's head honcho Vic del Rosario, Matteo continued, "And Boss Vic told me, 'You can be the next Pedro Penduko.' Sabi ko, 'Wow. Let's do this. Let's start na.'

"So after a few months of training, I hope we can finally begin."

It was in September when James decided to leave Viva Artists Agency and switch to his family-owned talent agency.

Matteo, for his part, transferred to Viva in February after being managed by ABS-CBN's talent management arm Star Magic for eight years. 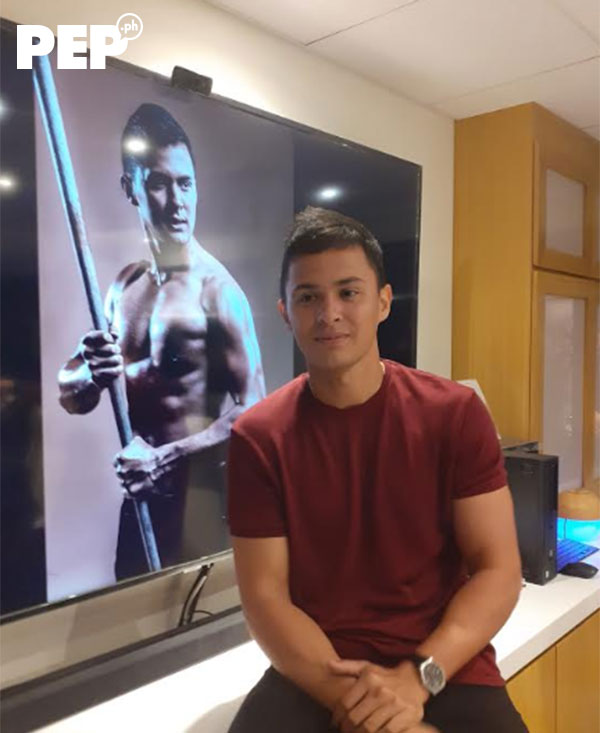 Viva Films supervising producer June Rufino went on to say the timeline when Matteo was first considered for the title role.

"About a month after paglipat niya, nag-usap kami who'll do Penduko, Matteo's name was unanimously suggested."

The project was supposed to be originally helmed by director Treb Monteras II.

Was the change in the lead actor also the reason for tapping a fresh team headed by Direk Jason and Hollywood stunt director Jason Sison?

Vicente replied, "Well, isa 'yon na reason. At the same time, nakita namin na may need for a commercial director to be attached. 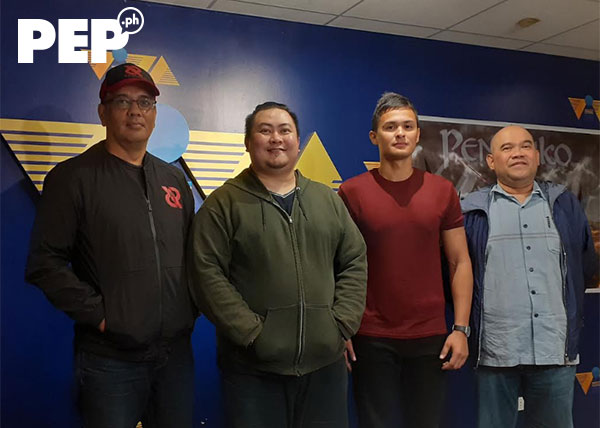 It was Direk Jason who chose the one-word movie title Penduko for Matteo's depiction of the Pinoy superhero.

Talking about coming on board the project, Direk Jason said he has always been interested in Filipino folklore, which is why he jumped at the chance to do the movie with Viva Films and Epik Studios.

"Na-excite ako na natakot because I'm sure it's gonna be a make-or-break moment for me as a filmmaker.

"And you know, before this, pinakamalapit na nagawa ko ay horror film na may action, may harness...

Direk Jason said he's halfway through writing the script of Penduko and tailor-fitted the character to be a Bisaya just like Matteo who hails from Cebu in real life.

"Instead of a bow, he's holding a spear because ancient Visayans are known for bamboo spears.

As for Direk Sonny, he is in charge of Matteo's martial arts training and physical conditioning once they begin filming the action scenes.

"I love working with Matteo. When he comes to train, talagang focused siya sa trabaho niya," he said.

"Kasi he has the fighting spirit talaga in certain movements that he does."

Direk Sonny said he's confident that Matteo can pull off the stunts as well as pull the heartstrings of moviegoers.

"My experience often went, my actors, they focus solely lang on action. They forget about emotional content.

"Pero si Matteo, he's a natural with it. I look forward to training with him all the time."

Direk Jason added that Matteo's training as an army reservist would really help in terms of the stunts that will be required of him.

"Kasi alam kong kaya niyang gawin, of course, with the help of Sonny.

Penduko is slated to be shown in cinemas in 2020.