Philippine Bet Lands In Top 3 Of 'Asia's Next Top Model'

1 Congratulations to Filipina-German model Maureen Wroblewitz for making it to the top 3 of Asia's Next Top Model! She made it after being in the bottom two with Indonesia's Clara Tan, who criticized her in a past episode for being a "pretty face but no skills." Well, it looks like she got her revenge, captioning her Instagram photo: "Who would've thought a 'pretty face with no skills' would fight her way to Top 3?!" (ABS-CBN)

2 Thai Praiya Suriya, who has claimed to date over 5,000 rich men from various countries, has opened a "professional dating school." For P20,739 (or THB14,000), you'll be given access to all her sex strategies because the mission of her school is to help you find a wealthy partner—yup. (PEP.ph) 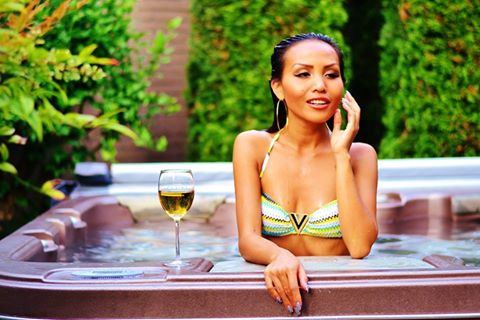 3 Pia Wurtzbach's lookalike, Glenn Krishnan, is following the footsteps of her older sister, FEU courtside reporter and 2nd runner-up in Miss Manila 2016, Ganiel Krishnan, by joining the Miss Manila 2017 pageant. The Filipina-Indian-Singaporean beauty will join Hazel Ann Reyes, the half-sister of 1996 Bb. Pilipinas-World Daisy Reyes, at the coronation night on June 24 at PICC Plenary Hall. The winner will receive P1,000,000 worth of prizes that includes a management contract and P500,000 in cash. (PEP.ph)

4 Here's something that might help you get through the long wait for Riverdale's return: Actress Mädchen Amick, who plays Alice Cooper on the hit show, posted a photo of the cast during a table read for episodes one to three. Can October please come faster?? (Teen Vogue)

5 Artist and author Abbey Sy is back with another inspiring book, ABC Magazine. She said she hopes the "Student of Life" theme will encourage readers to be open to learning more and to always yearn for new knowledge to fuel their craft.