May 8, 2014 Conversation Starters: KC Concepcion Says Paulo Avelino Is Not Her Boyfriend + More!

1 KC Concepcion says Paulo Avelino is not her boyfriend...YET. In an interview with The FilAm, a Filipino-American magazine in New York, KC said, “I’m not committing to anyone right now. I have no commitments to anyone,” she said. “It’s not my priority right now. But it will be soon enough. Honest naman ako, the people involved know my state of mind right now and my limitations.” (ABS-CBN News)

2 Well, this is alarming. According to the Department of Foreign Affairs (DFA), about 10,000 Filipino e-passports issued in 2010 were found to be defective—with the cover coming off easily from the main body of the passport. If your passport was issued in 2010 with a serial number from EB 000-0001 to EB 126-7350, you might want to have it replaced already! (ABS-CBN News)

3 Keep your cool, CGs! The Philippine Atmospheric, Geophysical and Astronomical Serviced Administration (PAGASA) warned the public to expect the weather to get even warmer during the next couple of days (Seriously?!). According to their five-day forecast, the maximum heat index this week will be from 38.7 to 39.4 degrees Celsius in Metro Manila. Drink your water! (Inquirer.net) 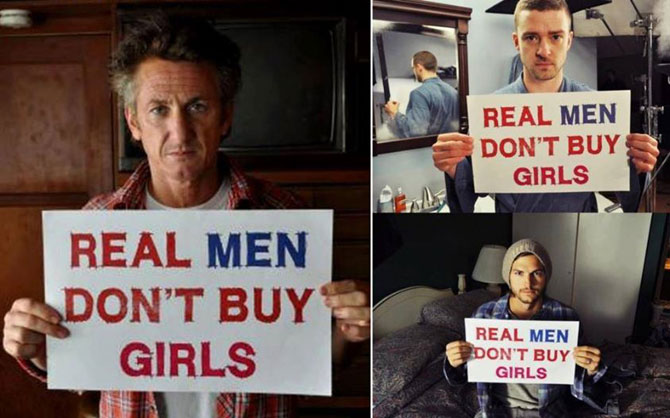 4 Hollywood celebrities like Sean Penn, Ashton Kutcher, and Justin Timberlake are taking part in the Real Men Don't Buy Girls campaign. The campaign, which started in 2010, is the brainchild of Ashton and ex-wife Demi Moore. The two found out that an estimated one million children are forced to work in the global sex industry every year—with the market earning $39 billion annually. (Change.org)

5 Huge Batman fan? You're going to love the new trailer for Gotham, Fox's upcoming TV series that tells the story of a young Bruce Wayne (David Masouz) and his relationship with Detective Gordon (Benjamin McKenzie). It's ridiculously exciting for die-hard comic book fans, especially since the series will also show the beginnings of Batman's greatest rivals: Catwoman, Penguin, and a new villain, Fish Mooney. Watch the trailer below!