Did Meghan Markle Accidentally Give Away Her Due Date?

Ever since Prince Harry and Meghan Markle announced they were expecting a baby Sussex next year, we've been keen to nail down some details.

Seeing as Kensington Palace clearly likes to tease us all, the official pregnancy announcement only revealed that the Duchess of Sussex is expecting a baby in "the Spring of 2019." With four seasons in a year, all that really tells us is that the baby could be due any time between March and May, which isn't really helpful for those of us who like specifics.

But royal fans think they've worked out the royal baby's due date ahead of any further announcement from the Duke and Duchess—and the logic totally makes sense.

Earlier this month, during the couple's royal tour of Australia, Fiji, the Kingdom of Tonga and New Zealand, Meghan attended the Invictus Games in Sydney. She turned up wearing a white blazer along with a black shirt and some trousers, accessorizing with a stacking ring by Canadian jewelry brand Ecksand. 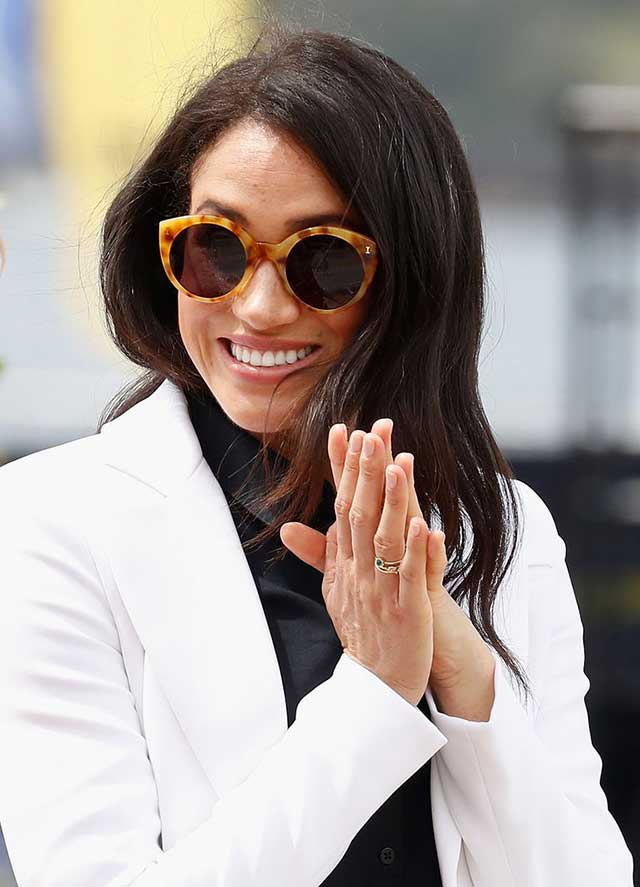 The stacking ring comprised of three separate rings, each adorned with a jewel. One was a blue sapphire, the middle was a diamond, and the third was an emerald. So far, so nice.

But if you read into it, there could be a subtle significance to the combination of stones. Hear me out: As fans pointed out online, two of the jewels just so happen to represent Meghan and Harry's birth stones. The sapphire corresponds with Harry's September birthday, while Meghan's August birthday is linked to the emerald stone. So what about the diamond? 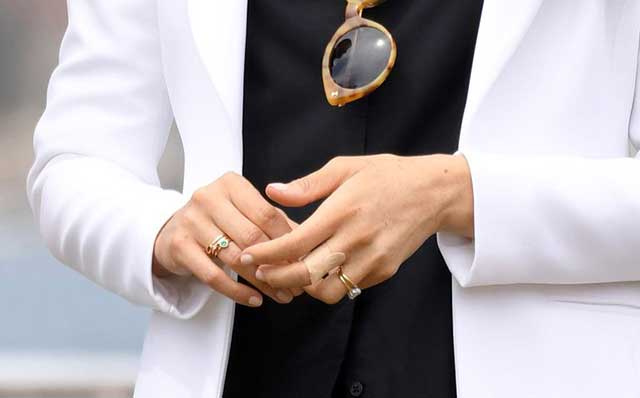 Well. The diamond happens to be the birth stone of the month of April, which is bang in the middle of the very vague, March-to-May due date Kensington Palace shared with the general public. Does this mean the Duke and Duchess of Sussex will be welcoming their new arrival in April? I mean, I'm buying it.

Of course, there's no way of knowing at this point exactly which month the baby is due in, unless you get hold of Meghan Markle's medical records which I'm pretty sure is illegal. But if we go with this line of thinking, it means the Duchess is around three-and-a-half months pregnant at the moment, and that the baby would have been conceived in July.

Only five more months to wait, then!