The Duchess of Sussex was at a market in Suva for just six minutes.
by Catriona Harvey-Jenner | Oct 26, 2018
Post a Comment
Featured

Meghan Markle was rushed away from her royal tour engagement at a market in Suva, Fiji on Wednesday, October 24, 2018, after a supposed "security risk."

The Duchess of Sussex, who is thought to be around 12 weeks pregnant, attended the market in the Fijian capital to meet with female stall holders involved with the UN Women's project "Markets for Change." But instead of spending the anticipated 20 minutes there, Meghan was whisked away by security staff after just six. 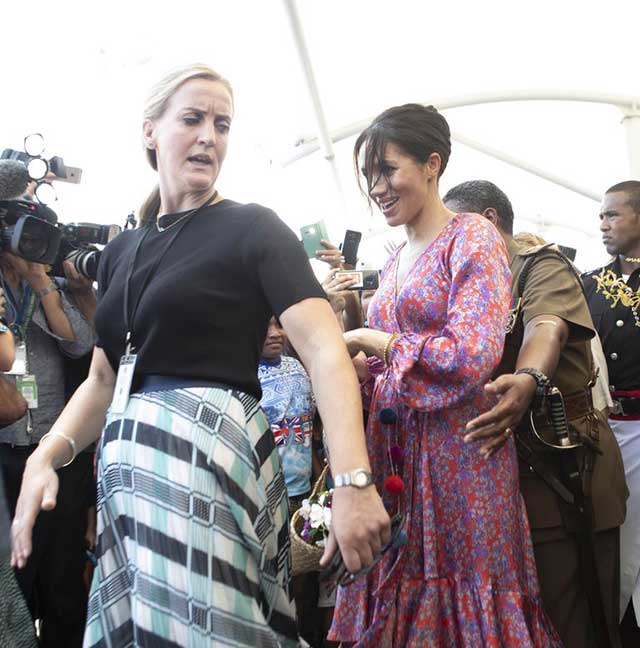 According to royal correspondent Rebecca English, who has been following the Duke and Duchess around on their overseas tour, "there were huge crowds" at the market. It was also "very hot and humid," which potentially also led to the decision to abort the engagement.

37-year-old Meghan can be seen in footage from the event whispering to her aides just before they removed her from the busy marketplace. 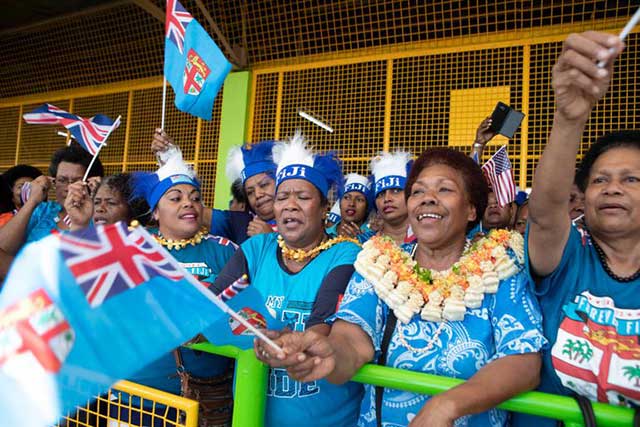 A royal aide is reported to have said: "It was hot, humid, and uncomfortably busy and there were far larger crowds than expected. She met everyone she was meant to meet and left. There would have been a lot of people who would have been keen to meet her but she did meet those who had hoped to. On advice, she was taken out due to a crowd management issue."

One stall holder who had anticipated meeting the Duchess told the Mail Online: "It is such a shame as we were all very excited to meet her. We started preparing for the visit three weeks ago and had been meant to meet her but she left without even saying hello." 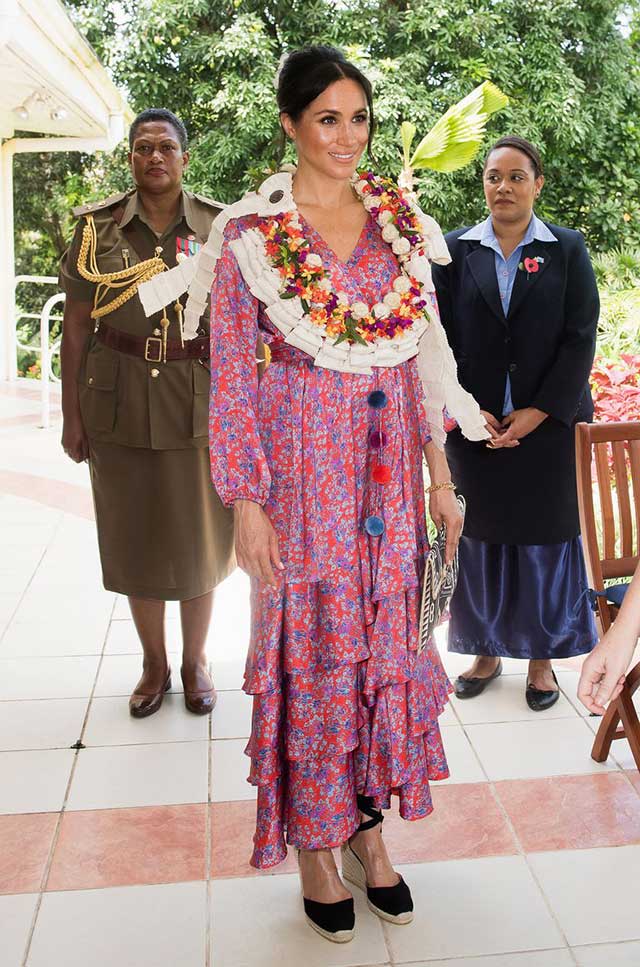 Kensington Palace did not tweet about the event, despite having shared details of the couple's other engagements from the day on their social media account.

Earlier in the day, both Meghan and Harry attended an event at the University of the South Pacific, where they met students and watched a cultural performance on the effects of climate change. Following that, the Duke headed off to Colo-i-Suva, an indigenous forest site housing many flora and fauna native to Fiji, while the Duchess attended the market.

Following the chaos at the market in Suva, Meghan continued her intended engagement at the British High Commissioner’s Residence where she had high tea.