Meghan Markle's ex-boyfriend has some exciting news! No, he didn't fall in love with a princess and marry into the royal family. But he is expecting his first child. YAY! BABIES!

The ex in question is Cory Vitiello, who Us Weekly reports, is expecting a baby with Dragonette singer Martina Sorbara. If you were a fan of Meghan during her Suits and Deal or No Deal days, you might remember that she dated Cory—who's a celebrity chef—after her split from husband #1 Trevor Engelson in 2013. 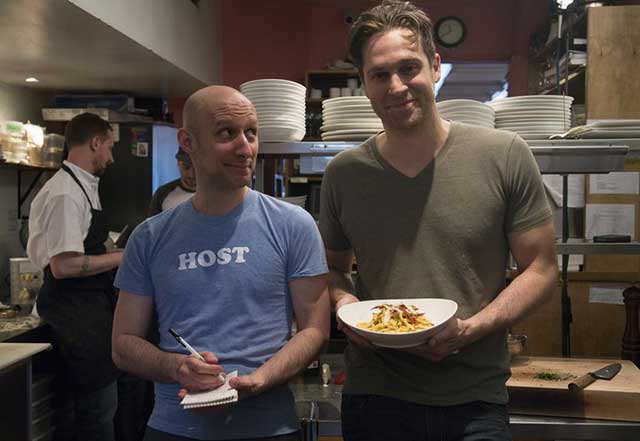 "I'm pleased for Meghan. She's a great girl," Vitiello told the Daily Mail in April 2018. "There is no bitterness. I respect people's private and personal lives, and although she has put herself in the public spectrum, I still hold to that."

FYI, in other "Huh, wonder what Meghan's exes are up to!" news, her first husband Trevor just got engaged.