1 Miss Malaysia Vanessa Tevi expressed on her Instagram account how much she already misses Miss Universe Pia Wurtzbach, who also happens to be her "#MissUniverseSister." The fun times are over for both of them now that the pageant is over, but Vanessa has undying support for Pia. "We know you're gonna be the best reigning Miss Universe yet," she tells Pia through IG.

ICYMI, Miss Malaysia was the one who kissed Pia when she was crowned Miss Universe. And when she won the Internet for being an awesome friend, she said "I honestly didn't think that a simple hug [and] kiss would earn me this much love. Because to me, it was only natural for me to be happy for the new #MissUniverse who so happens to be my #MissUniverseSister." (PEP)

2 The disqualification of Honor Thy Father from being a contender for the Metro Manila Film Festival's Best Picture award is gaining more controversy. After the MMFF committee and Reality Entertainment (the producer of the film starring John Lloyd Cruz) gave their statements about the issue, it seems that it will be taken to the House of Representatives for investigation. A number of people think MMFF went too far in disqualifying the film and for pulling it out in theaters. Perhaps the most vocal in calling out MMFF is the film's director Erik Matti (awarded Best Director) who tweeted last night:

4 Kylie Jenner is NOT engaged, even if she's got a huge rock on her finger now. Followers thought she's getting married to Tyga, who was with her when the ring was spotted, but nope. The diamond ring is an "extra special gift from a special someone," and Kylie hints that it in fact did come from Tyga with a couple photo. They may not be tying the knot, but it seems like they're ~*officially*~ together [again]! (Cosmopolitan) 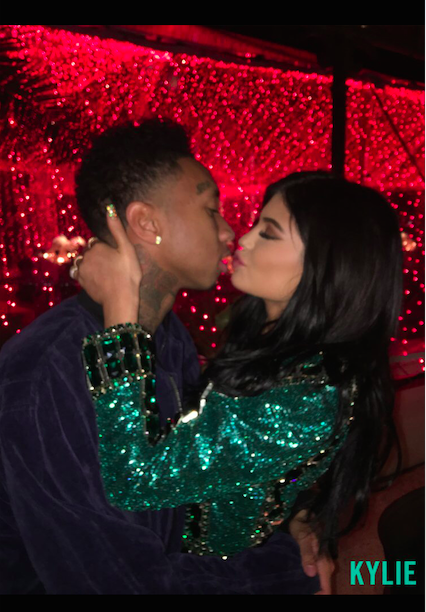 5 Cool Mom Award goes to Zac Efron's mom, who gave him a penis pasta recipe book for Christmas! He snapped a pic and wrote on Instagram, "You know your mom's on point when she puts this in your stocking." (Us Weekly)