This Is How Much Movie Tickets Cost In *Every* Country

Streaming may have exploded in popularity even more during the pandemic, but many people would still prefer to experience watching films inside a traditional movie theater. All across the world, including the Philippines, theaters have begun to open up, tempting movie fans with new blockbuster releases.

But, like most anything else, not all movie theaters are created equal, and the price of a ticket to watch a movie varies wildly from country to country.

A new study from NetCredit looked at the average price of a movie ticket in (almost) every country in the world and compared them to local wages. 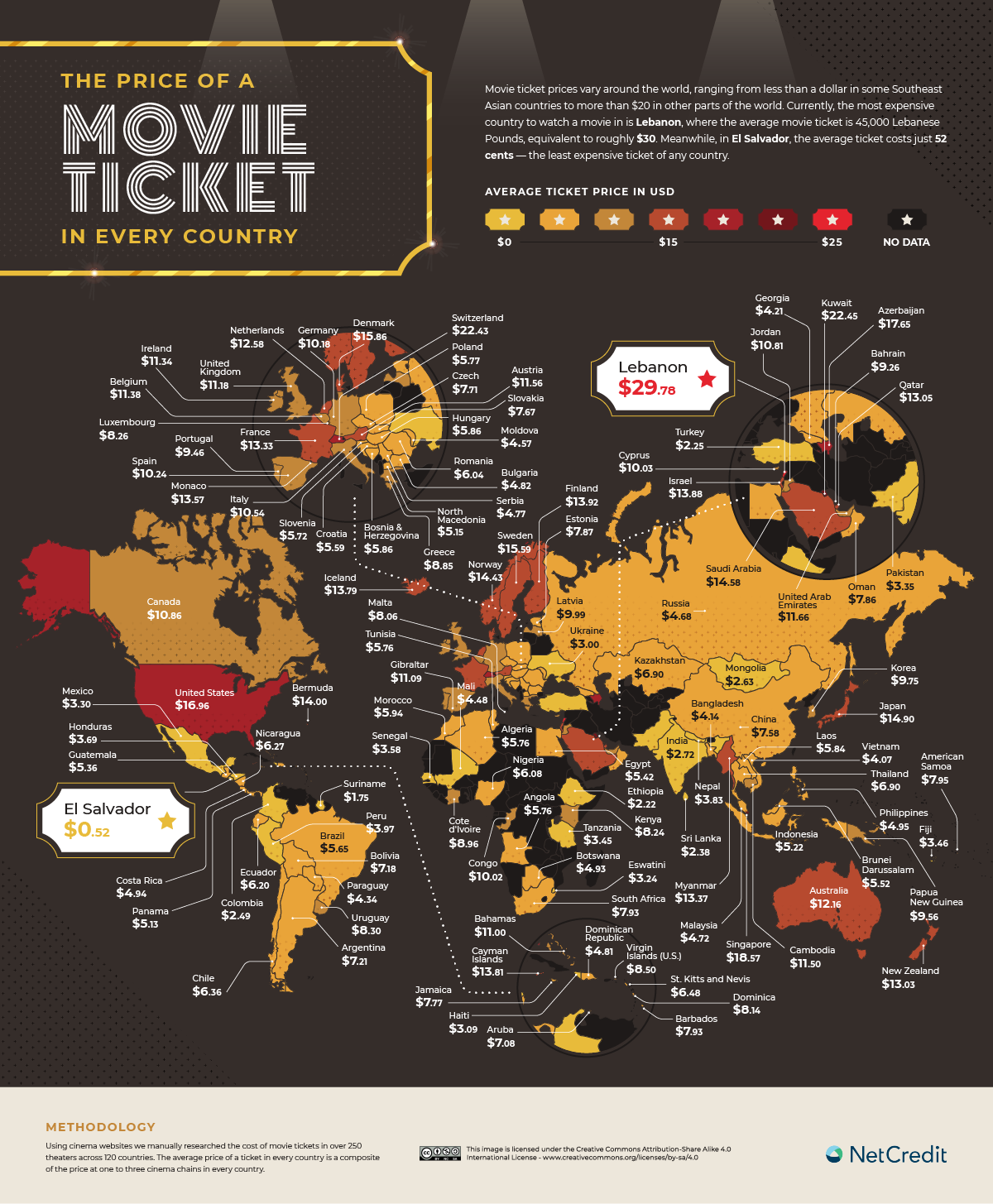 Comparing that price to the rest of the world, we're somewhere in the middle. In terms of absolute price, El Salvador has the cheapest average movie ticket in the world at just $0.52 in El Salvador, which comes to just under P30.

At the other end of the spectrum, Lebanon has the world's priciest movie tickets, at a whopping $29.78 each, or over P1,500. According to the study, ticket prices have soared there as a result of inflation and theaters' attempts to survive the health crisis.

The study also looked at the affordability of each movie ticket, or comparing the ticket price to how much the average citizen earns in each country. By these metrics, Mali in Africa has the world's most expensive movie ticket, which costs 59 percent of the media daily salary. Others in the list of least affordable movie tickets are Cambodia (55.5 percent), Kenya (44.6 percent), Nigeria (26.8 percent), and (surprise?) the Philippines, where a ticket costs about 22.5 percent of the average person's daily salary. 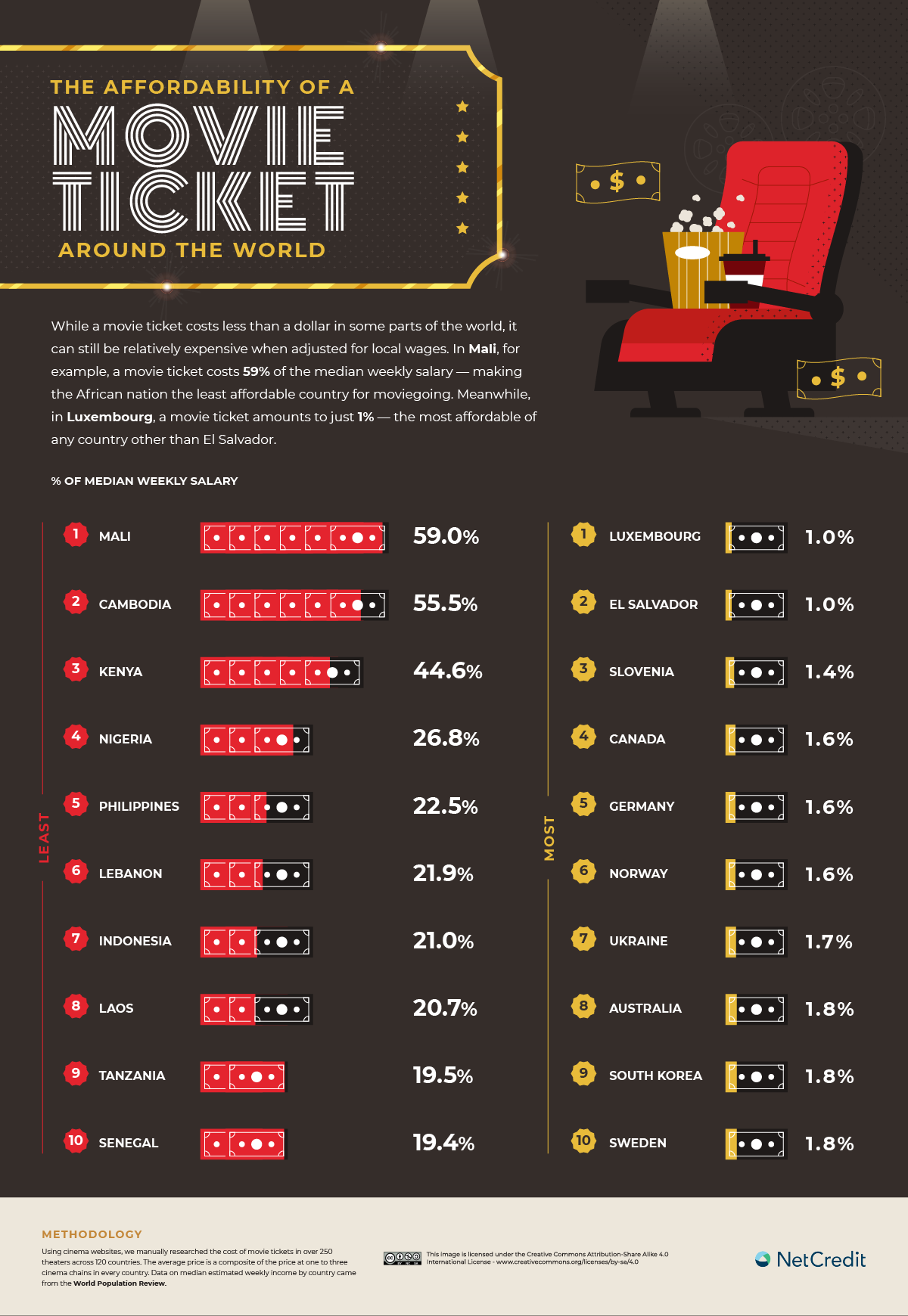 Meanwhile, countries with the most affordable movie tickets are Luxembourg and El Salvador (both at just one percent), Slovenia (1.4 percent), and Canada, Germany, and Norway (1.6 percent).

"Cinema-goers in the least-affordable countries are more hindered by low wages than high prices," the study said. "Of the bottom 10, only Lebanon and Cambodia have ticket prices above $10. Mali leads the trend, with a reasonable $4.48 tickets set against an average daily wage of just $7.59-meaning you'd need to spend 59 percent of a day's paycheck to see a movie." 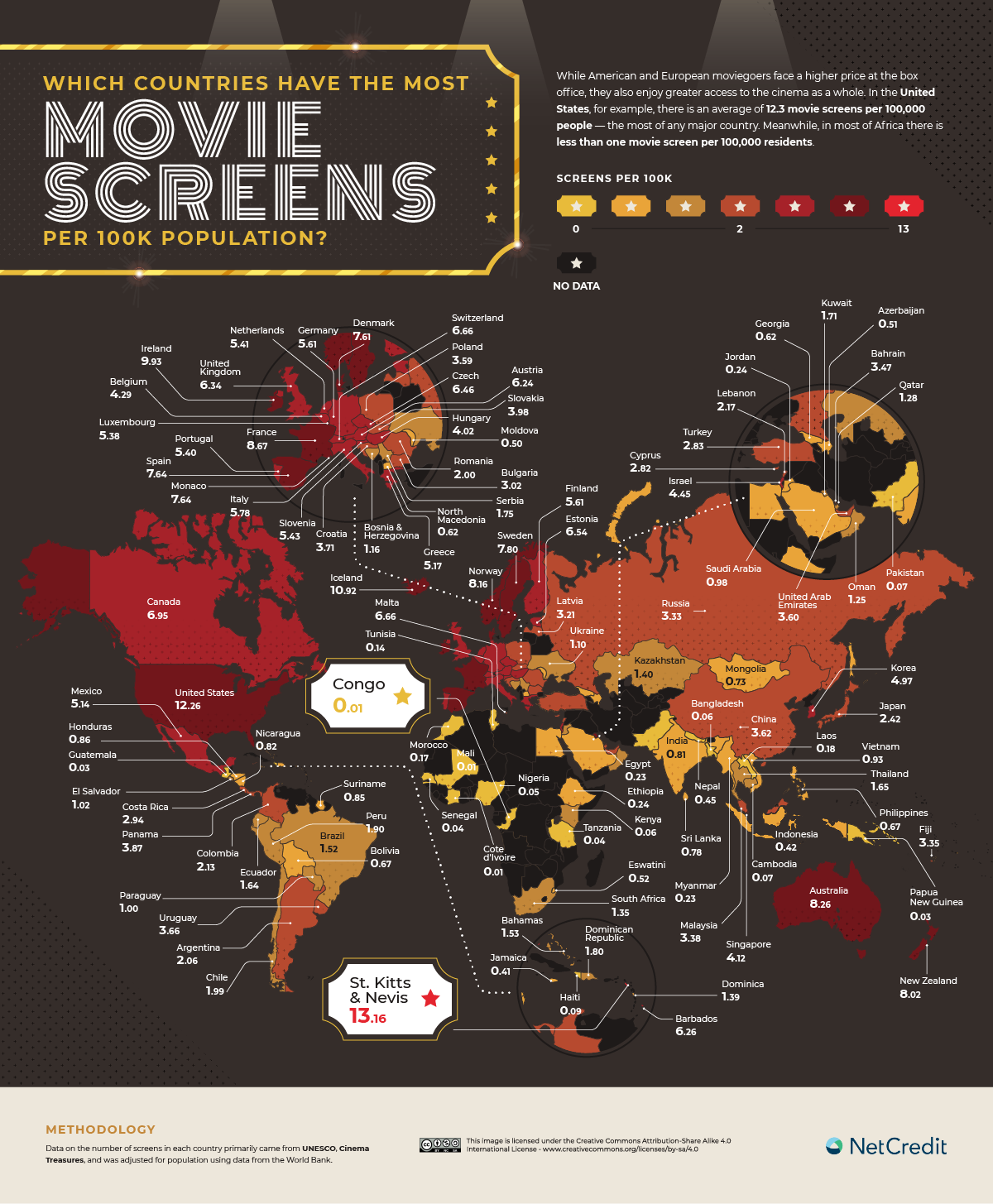 This story originally appeared on Esquiremag.ph. Minor edits have been made by the Cosmo.ph editors.