Nadine Lustre has been in the spotlight for most of her life, with her earliest acting stint dating back to 2001 when she was only eight years old. That being said, the “Multimedia Princess” went through a lot of ~growing up~ in front of thousands of prying eyes when she did Diary ng Panget in 2014, Never Not Love You in 2018, and just this year, her first horror film Deleter.

So when she was asked if she’s now a *different person* in a recent interview with Karen Davila, the actress wholeheartedly agreed. “Completely different. I’m growing every day, I’m learning a lot of new things, [and] discovering a lot of new things about myself,” she reveals. “Every time I look back, I think to myself na, parang that person was a different Nadine.” 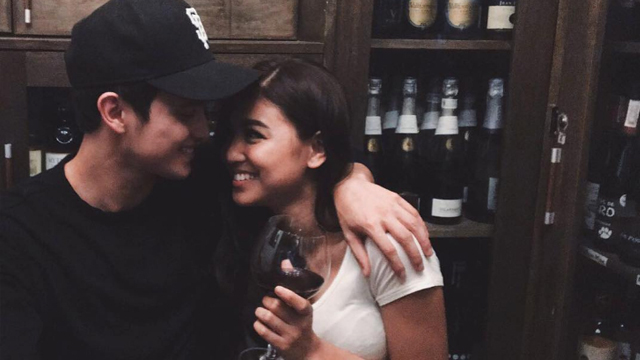 Now that her love team with James Reid is a thing of the past as she navigates her career on her own, Nadine also revealed that she and her ex-boyfriend haven’t been *in touch* for a long while now. “He’s really busy and so am I, so we don’t really have time to see each other or talk to each other,” she says.

The 29-year-old star also said she's *grateful* and is just currently enjoying the fruits of her labor. She’s not in a rush for the next big thing or project for her.

“I don't like looking too far ahead just because I know things change. I’d like to be surprised. Maybe next month let's see if there's a new project coming in, tingnan natin,” she says. “I’m very lucky now that I can say no, dati po I kind of have to do everything. At least now, I have the time to rest, I’m not burning out, I always have time to do things.”

Nadine Lustre On ~Getting Back Together~ With James Reid: ‘It’s time for us all to start a new chapter’

Aww, James Reid Says His Song 'Always Been You' Is About Nadine Lustre