If you aren't #TeamNickandPriyanka yet, then I honestly don't know how to help you because Nick Jonas and Priyanka Chopra are just too freakin' cute together—proof here, here, and here—and you really should get on this bandwagon already. The couple was at it again this weekend (and it = being generally adorable) when, according to Hindustan Times, Nick was seen in India with his fiancée.

The two went out to dinner on Saturday night in Mumbai, and today they spent the day on the soccer field. Nick played with a bevy of Bollywood stars including MS Dhoni, Aditya Roy Kapoor, Shabir Ahluwalia, and Kunal Kemmu while Priyanka cheered him on. Priyanka shared photos of the event (including a sexy slo-mo of Nick) on Instagram with the caption "Bae in Bombae!!"

She also posted a pic of her and Nick's outing to her stories, with Nick looking v intense and into the game: 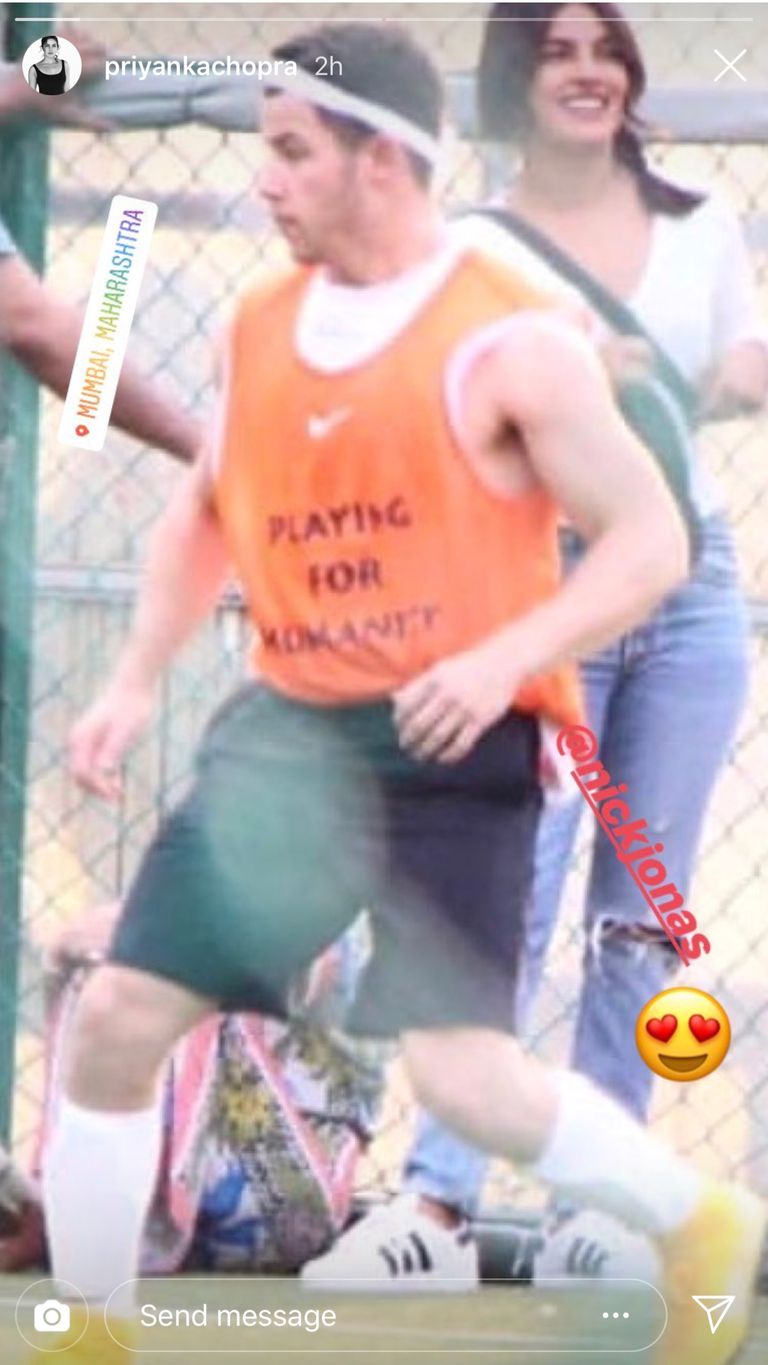 The two were also spotted in Lake Como, Italy, for a friend's engagement party last week, so it's safe to say that they've been having a fun few days traveling the world. And don't worry about me, I'm totally not jealous of them at all!!!!