Noah Centineo fans fall into two categories: Those who stan him and Lana Condor, and those who just want to stare lovingly into his eyes/at his adorable chin scar and imagine themselves dating Peter Kavinsky. If you're a member of the first category, this V.I.N.U. (Very Important Noah Update) might not be for you.

Noah has a kiss scene with co-star Shannon Purser in his upcoming Netflix film Sierra Burgess Is A Loser, and Shannon recently dished about their make out. She told Entertainment Tonight, "It was my first on-screen kiss...Not my first real kiss thankfully but, yeah that was horrifying. I was not prepared for that at all but I think it really added to the authenticity." 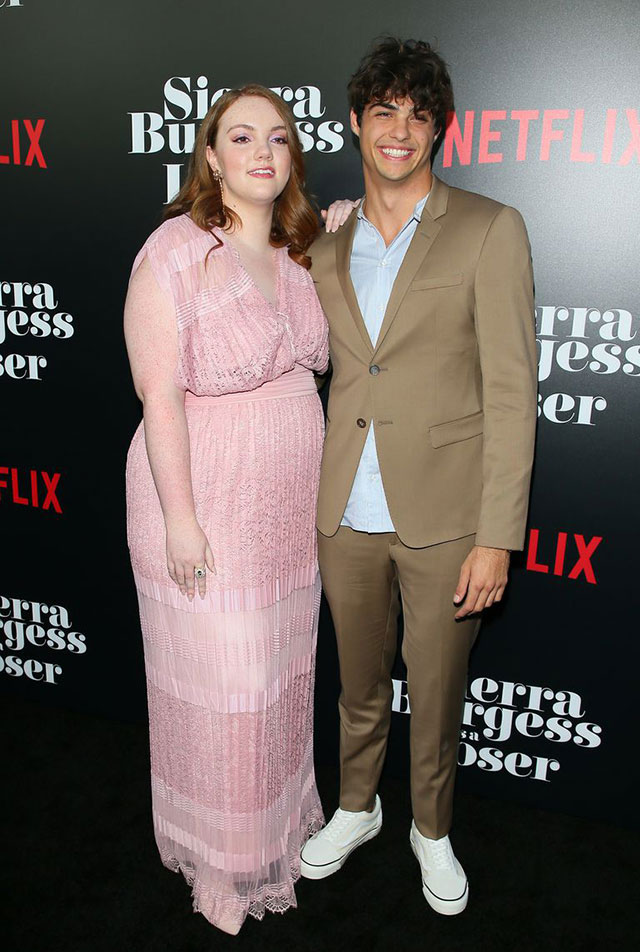 "Horrifying"!??! I know she is talking about the fact that the kiss was being filmed, but STILL, I feel like words one would use to kiss Noah in any capacity are more like, "magical," "life-affirming," "perfect," and you'd end up feeling like this afterwards:

Anyways, Shannon also revealed that the director kept her and Noah apart until the big kiss, making the moment "so honest and nerve-wracking." Noah, the angelic internet boyfriend that he is, only had good things to say about locking lips with Shannon. Rating the scene on a scale of one to ten, Noah told ET, "I'd give it an 11, that was an 11."