Miley Cyrus' little sister Noah is all grown up now! She was in Indio, California for Coachella and while she wasn't on the schedule for the main event, she performed at the nearby Lucky Brand's Desert Jam last Saturday. The 17-year-old Miley doppelgänger wore a cropped tank top and Lucky Brand jeans covered in all sorts of patches. They're a real ~statement~ pair of jeans!

The young songstress heated up the desert even more with her song, Make Me Cry. There's no doubt she made her older sister incredibly proud! And again: THOSE JEANS. 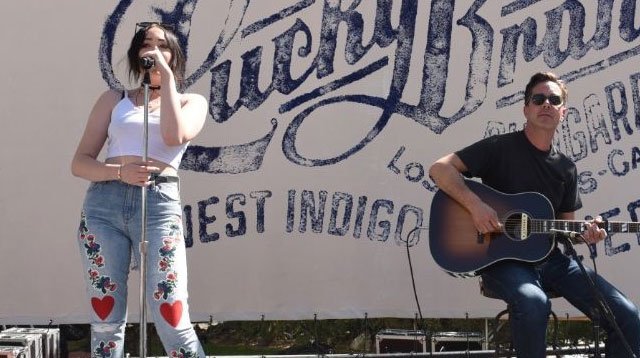