He's back! Manny "Pacman" Pacquiao beat Brandon Rios and won the WBO welterweight title in Macau on Sunday, November 24. (The Daily Mail)  In other news, have you seen this video of Adriana Lima going wild over Manny Pacquiao? She's such a fan girl!

Oooh! So Neil Gaiman's Sandman is reportedly in the works to be a Warner Bros. movie—and actor Joseph Gordon-Levitt may be playing Morpheus! Thoughts? (Collider.com)

Three Filipinos were cast in the May 2014 London production of Miss Saigon! Newcomer Eva Nobleza will be Kim, Jon Briones will be The Engineer, and Rachel Ann Go will play Gigi!

Check out formal annoucement below!

Can't get enough of Catching Fire? We feel you! Good thing our friends from Candy magazine came out with the BEST. THING. EVER—The Hunger Games Catching Fire Special Issue! And the best part? You can get it for only P150! We think it's a steal! To get your Catching Fire fix on Cosmo.ph, click here. 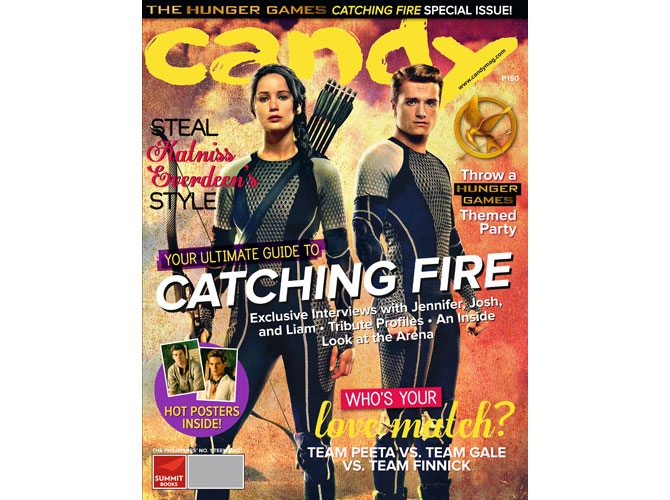