Another victory for the Philippines: The U.P. Pep Squad placed third in the World Cheerleading competition! Japan and Thailand took the first and second  spots respectively. Congrats! (gmanetwork.com)

Alicia Keys visited Typhoon Yolanda victims at the Villamor Airbase before her concert in the Mall of Asia Arena. The Grammy award winning singer was seen handing out school supplies like crayons and coloring books to the children. (abs-cbnnews.com) 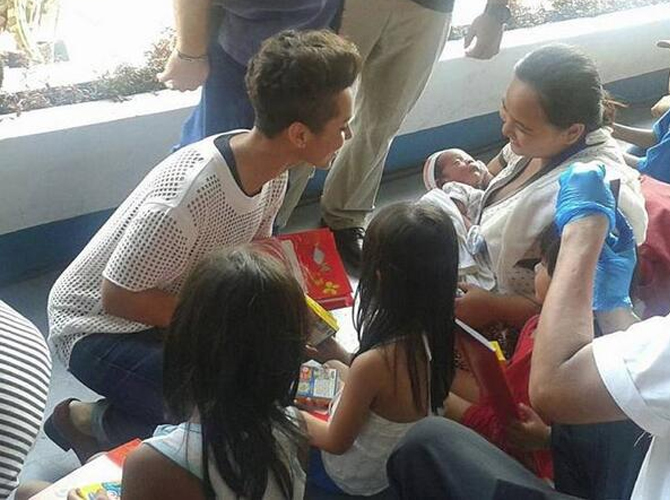 Kim and Kanye who? James Franco and Seth Rogen are giving the couple a run for the money in this hilarious parody of Kanye's music video for "Bound 2." (Full story here!)

Miley Cyrus sure knows how to get people's attention. Her gimmick last night while performing her hit single "Wrecking Ball" involved an adorable virtual cat. Props to her for her solid vocals, too! Check out the clip below: