Is Marian Rivera “The One” for Dingdong Dantes? When asked during the press conference for his upcoming movie The One, he replied, “I certainly hope so! The fact that we’re together now for so many years, e, talagang ikaw na!” Aww! (PEP.ph)

How would you react if telekinesis was real? As a promo for the upcoming movie Carrie starring Chloe Grace Moretz, a hidden camera experiment was conducted in a café in New York City. The reactions of unsuspecting customers as they witnessed the telekinetic event were captured on video. Check it out below!

A 65-year old Filipino woman was traumatized after being harassed, insulted, and deported by US immigration officers upon her arrival despite having valid documents. In a statement sent to ABS-CBN, she said she was accused of being a “liar” and a "TNT." (ABS-CBNNews.com)

What a good looking family! Team Kramer (Doug, Cheska, Kendra, Scarlett, and Gavin) appeared on the Ryzza Mae Show yesterday and as usual, they were A-D-O-R-A-B-L-E. You can watch the full episode here. 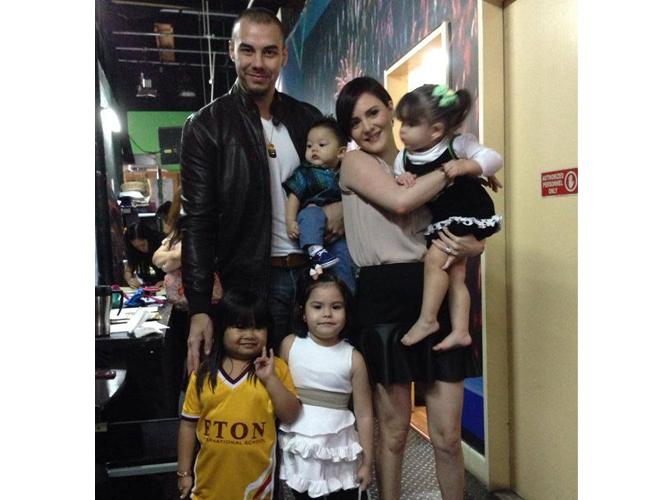 Former Spice Girl Geri Halliwell, a.k.a. Ginger Spice, has paid thousands of pounds for her own reality TV show about herself. (Full story here!)