At this point, it probably feels like centuries ago since you last watched a concert in the flesh. But as we all wait until we can go out and enjoy live performances again, here’s something to help curb your sepanx: Ben&Ben is holding a *free* virtual concert this coming August 8, 8 p.m.! And despite it being online, you can count on the band to give you all the feels, as they always do.

Ben&Ben is doing this in collaboration with Cream Silk and the story behind it is quite interesting: ICYMI, the unexpected crossover started when Ben&Ben’s official Facebook and Twitter accounts shared a meme of Cream Silk sachets that featured the photos of band members Paolo and Miguel Benjamin. Both posts had similar captions, which was: “Kung sino man ang gumawa nito, mabuhay ka.”

Safe to say, the meme turned viral, not just among the band’s fandom, Liwanag, but even among non-fans! Further kindling the fire was the response from Cream Silk’s official account on Twitter: “Gusto niyo totohanin para ‘di na lang ‘to #KathangIsip?”

This exchange transpired in February, and finally, Ben&Ben and Cream Silk are turning the joke into an actual collab by way of a virtual performance!

The setlist for the concert includes Ben&Ben’s hit songs “Kathang Isip,” “Magpahinga,” “Maybe The Night,” “Pagtingin,” and “Araw-Araw.” Even better: We’re told that the brothers tweaked “Araw-Araw” into a Cream Silk jingle titled “Mag-Cream Silk Araw-Araw” and they’ll be performing it live for the first time during the concert!

While Ben&Ben performing some of their greatest hits is reason enough to watch, here’s another reason to catch it live: Cream Silk is giving 10 fans the chance to meet and greet the band via Zoom! The mechanics will be announced during the performance, so make sure to stay alert despite the outpour of emotions. Just so you know, the lucky winners will not just get a meet-and-greet pass, but also stand to score freebies and special offers from Cream Silk.

Coming full circle, Cream Silk references Ben&Ben’s "Araw-Araw" to remind everyone that taking care of our hair should be an everyday thing, which one can do simply by making conditioners a part of their regular hair care routine. 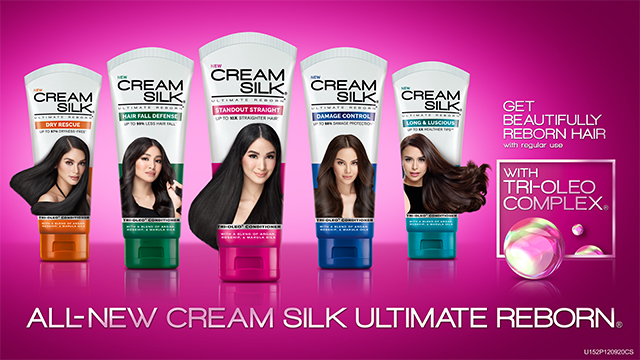 Watch out for Ben&Ben freebies on Shopee and Lazada and don't forget to set a reminder for August 8, 8 p.m., to catch Ben&Ben’s virtual performance on ABS-CBN’s Facebook page. For more details about Cream Silk, visit All Things Hair or BeautyHub.PH.

This article was created by Summit Storylabs in partnership with CREAM SILK.
Shop the items in this story!