1 John Lloyd and Angelica haven’t been talking to each other for three weeks now, a source told Philippine Star. The couple seems to be having an “extended cooling-off.” Apparently the two went through a similar rift last year, but they were able to patch things up. "This time, feel ko tuluyan na silang maghihiwalay,” the source added. (PhilStar)

BTW, this is their last couple photo, taken a month ago. With the horrifying caption: “Walang forever!!! Echos.. Mizzing this guy tho...”

2 Monika Sta. Maria made it to top 3 in Asia’s Next Top Model! She was one of Cosmopolitan Philippines’ 8 Sexiest Models in 2012, and is one of the country’s top models as we can see below.

Let’s catch the finale on June 17 on StarWorld and cross our fingers! Congrats and best of luck, M!

3 Nothing planned for the long weekend? The BellySima Food Festival is happening on June 12-13 at Glorietta 5! Gourmet, artisanal, and organic food producers are going to be part of it to showcase their specialties FOR FREE. So go there and indulge! You won’t feel guilty at all, promise. #HealthyLife 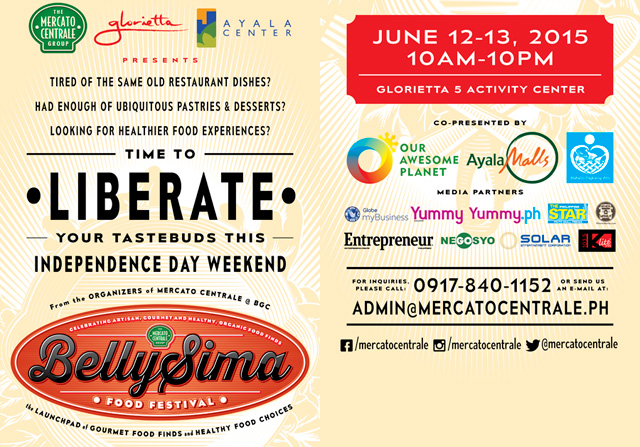 4 Modess helped young women be confident and positive during its event “Turn Kaba to Kaya” on June 10, Wednesday. Modess had a booth that let girls literally see themselves in a positive light, and another that let them pin an uplifting message for a friend to the Pledge of Positivity Board, then post it online to tag her. All the activities helped the girls realize the power of words for their self-esteem, and how they can find strength in themselves and help others be confident, too.

5 Blair Waldorf—or rather, Leighton Meester—can sing! Listen to her rock The Cardigans' "Lovefool" below!