Paris Jackson and Cara Delevingne have started some serious dating rumors after being spotted kissing in public. But apparently, the pair are just friends right now. Or maybe they're dating. Who knows what the truth is?

According to People, "They have a flirty friendship but aren't dating or in a relationship. Paris is 19 years old and living her life. She has no plans to settle down any time soon."

But the Daily Mail reported earlier this week that Delevingne and Jackson were spotted dancing together, making out, and having dinner with actor Macaulay Culkin and his girlfriend. Culkin is, of course, Jackson's godfather.

Jackson also sparked dating rumors by sharing a photo of Delevingne on Instagram, along with an Instagram Story in which the pair were watching the 2015 movie Carol, while snuggling in bed. 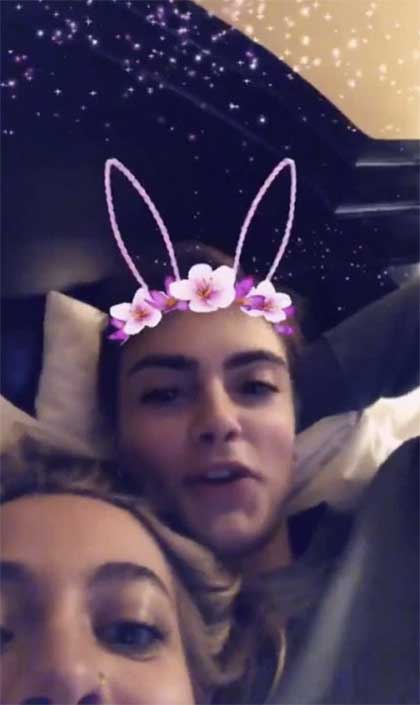 A source told Page Six that Delevingne and Jackson have bonded over their similar interests. "They're both really into their music and have been spending nights singing and jamming on the guitar."

But as for whether they're in a relationship or not, reports are mixed. According to a source, "It's early days, and Cara doesn't really have time for a proper relationship due to her non-stop filming commitments...but there's no denying there's a spark."

However, People reports that the two models are very much just friends.