Pete posted earlier that 'he won’t kill himself no matter how hard the internet tries.'
by Anna Lewis | Dec 6, 2018
Post a Comment
Featured

Earlier this week, Pete Davidson returned to social media to post a powerful message about bullying. The SNL star opened up about the way in which he’s been treated since he started dating Ariana Grande.

And now his ex-fiancée has posted a sweet response to his Instagram post asking fans to be "gentler" with him. 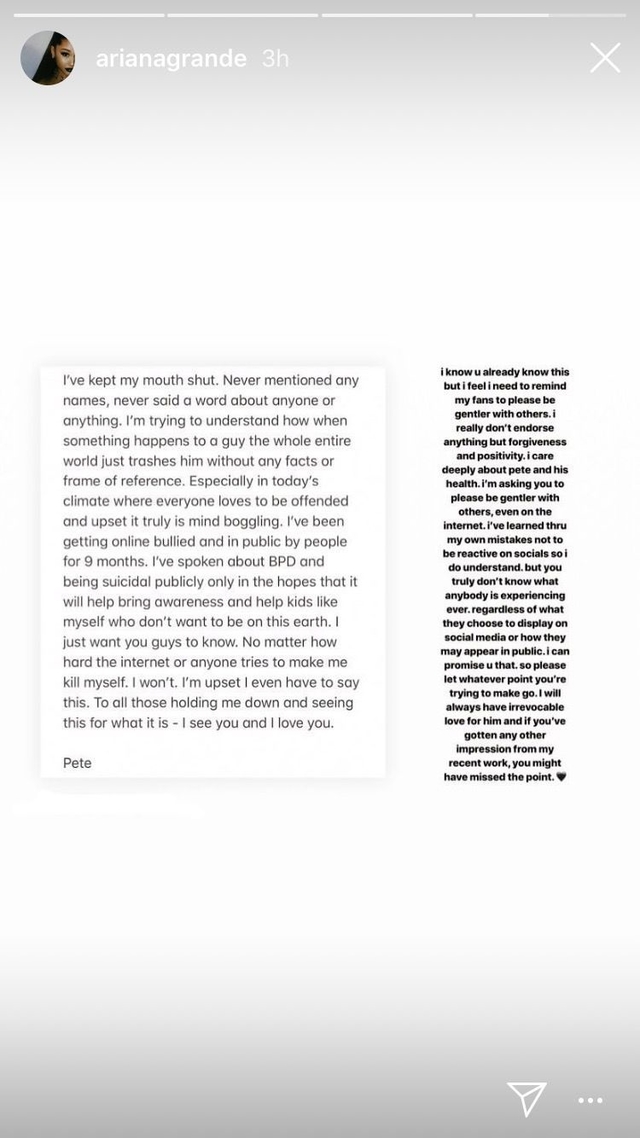 Pete's statement on Instagram reads: “I’ve kept my mouth shut. Never mentioned any names, never said a word about anyone or anything. I’m trying to understand how when something happens to a guy the entire world just trashes him without any facts or frame of reference. Especially in today’s climate where everyone loves to be offended and upset it truly is mind boggling."

“I’ve been getting online bullied for 9 months. I’ve spoken about BPD and being suicidal publicly only in the hopes that will help bring awareness and help kids like myself who don’t want to be on this earth. I just want you guys to know. No matter how hard the internet or anyone tries to make me kill myself. I won’t. I’m upset I even have to say this."

“To all those holding me down and seeing this for what it is – I see you and I love you.” 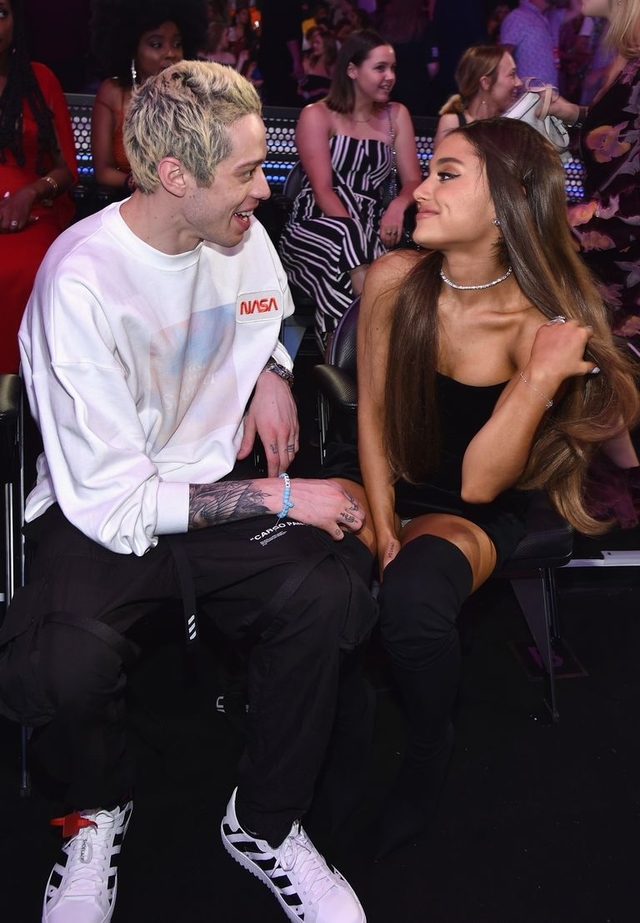 Pete has always been open and honest about his BPD (Borderline Personality Disorder) since being diagnosed last year.

Speaking about dating when you have the disorder, Pete wrote on Instagram: “Just because someone has a mental illness does not mean they can’t be happy and in a relationship. It also doesn’t mean that person makes the relationship toxic."

“I just think it’s fucked up to stigmatise people as crazy and say that they are unable to do stuff that anyone can do. It’s not their fault and it’s the wrong way for people to look at things.”