She also wants Miss U to be held in the Philippines next year!
by Andrei Medina | Apr 15, 2016
Post a Comment
Featured 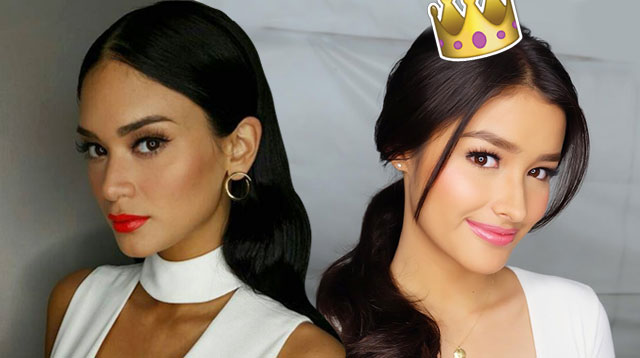 Miss Universe 2015 Pia Wurtzbach strongly feels that the country can have another shot at winning the Miss Universe crown.

Pia specifically name-dropped actress Liza Soberano as one of her favored potential Miss Universe contenders to bear the flag of the Philippines in the international pageant.

“Beautiful face. She is a commercial beauty that will easily pass as a Filipina. Also, she’s young and she can be trained,” she told Interaksyon.

Liza has stated that she doesn’t have any plans to pursue the path of a beauty queen for now, although she’s not entirely closing her doors to the idea.

Meanwhile, Pia is also pushing for the prestigious pageant to be held and hosted by the Philippines.

“I am actively campaigning for it and we all want the pageant to happen here. But it hasn’t been confirmed yet. I don’t know how far along we are in making it happen. The possibility is always there but is it a done deal? I don’t know,” she said.

If ever it happens, it will only be the third time the country will host the event.

The Philippines initially hosted the Miss Universe pageant in 1974, a year after Filipina beauty queen Margie Moran won the crown.

The hosting stint was followed two decades after in 1994, where the pageant was also held in Manila.