Pia Wurtzbach Went On A 'Friendly Date' With This Hot Doctor 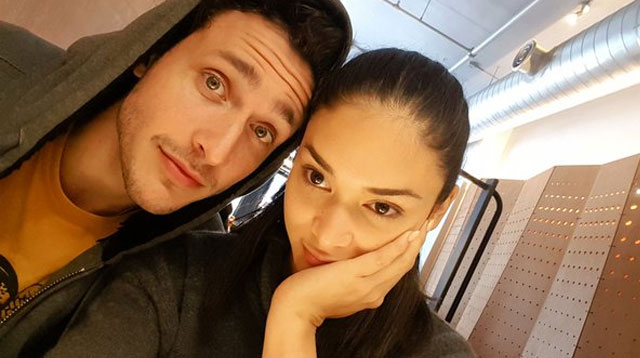 1 The kilig is real! The Internet lost its chill when Miss Universe 2016 Pia Alonzo Wurtzbach shared on Facebook that she went on a “friendly date” with NYC-based doctor Mikhail Varshavski, also known as Doctor Mike. Pia shared this snap of her with the man dubbed as the “Sexiest Doctor Alive” on her Twitter page with the caption, “Zombies after boxing.” She also used the same photo as her Facebook account's new profile photo with the caption, “Calm your confidently beautiful heart. This is just a friendly date. And Doc is really fun to be with.” If you say so, Pia!

2 A new JaDine movie is already in the works! Now that On The Wings Of Love has come to an end, real-life couple Nadine Lustre and James Reid are shooting their upcoming film, This Time. Check out these behind the scenes snaps of Nad and James’ best friend Bret Jackson:

3 Filipino film director Wenn Deramas, 49, passed away this morning after suffering from cardiac arrest. The box office director had a mild stroke in 2013, which is why he had to take a break from filmmaking. Our thoughts and prayers go out to the Deramas family. (PEP.ph)

4 Kylie Minogue isn’t happy about Kylie Jenner’s trademark application! The Australian pop star has opposed the youngest Kardashian-Jenner’s application for trademarking the name “Kylie.” Minogue’s camp has filed the opposition, claiming that if the U.S. Patent and Trademark Office approved Jenner’s application, it would confuse consumers. They also argue that among other trademarks, Minogue has trademark registrations for “Kylie” covering entertainment services and music recordings. (World IP Review)

5 Guess who went to prom again? Lovi Poe! The actress shared this adorable photo of her with her cute date!