Pierre Png is a Peranakan actor who was born and raised in Singapore. So, when the opportunity to join a movie set in his home country arose, he jumped at the chance. Pierre has been an actor for years and his career was built on hard work and determination. One of the biggest challenges that he faced while honing his craft was mastering the Mandarin language. He had tutors, started listening to Mandarin radio stations, and even sang songs in the language (and eventually participated in a musical) in an effort to be better than just "good." Thanks to all the steps he took, Pierre nabbed the Best Actor award for a Mandarin-speaking role.

The actor was inspired to embark on this career path at a young age. He grew up watching films such as The Exorcist and Braveheart—cinematic masterpieces where good ultimately conquers evil. The best kinds of movies for him leave him with an elated feeling, which motivates him to make the world a better place. He really admired the emotions that actors could bring out in a viewer. Pierre even brings this mindset when playing a villain or morally ambiguous character and finds the motivating factor of what pushed him to that breaking point. 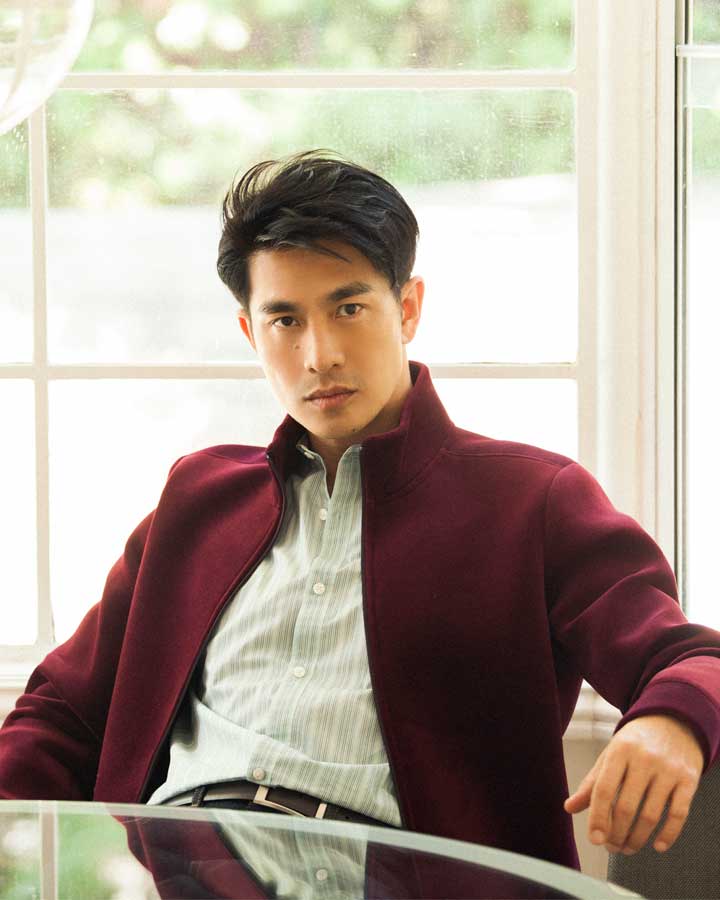 He applies the same level of earnestness and effort beyond his acting career even when pursuing his hobbies. His discipline stems from his extensive background in martial arts such as Aikido. He's also taken up ballet and unicycling in the past (find a man who does both, to be honest). And now he's seriously considering gymnastics.

It's no wonder that he'll be able to easily get into the headspace of an equally intense character such as Michael Teo in the upcoming film adaptation of Crazy Rich Asians.

"[Kevin Kwan even] told me that they couldn't have found a better person to play Michael Teo—that on its own was enough for me!"

We were able to speak to the multi-talented actor and take time from his busy schedule to talk about his upcoming film.

How did you prepare for your role as Michael Teo?

Pierre: Honestly, I only had about a month to get ready so I immediately got the book and read it from cover to cover. Michael Teo is an ex-military man and fortunately, I've always been an active guy. I stepped up my exercise routine, loaded up on proteins, and had a personal trainer. I was also able to consult with [the book's author] Kevin Kwan. He was most forthcoming [in giving advice on how to] approach the character. [He even] told me that they couldn't have found a better person to play Michael Teo—that on its own was enough for me!

"I think that Michael and Astrid are really good for each other. Theirs was a love that's young, passionate, and defiant."

While getting into character, have you observed any correlation between you and Michael?

Pierre: Both Michael and I were born and bred here [in Singapore], educated locally, and currently holding a stable career in order to provide for the family. I love his confidence and go-getter attitude. What I didn't appreciate [about his character] was that he couldn't let go of his pride and allowed his ego to get the better of him. But like Michael, I truly believe in love and that it can conquer all.

Speaking of love, how would you describe Astrid and Michael's relationship?

Pierre: [Crazy Rich Asians director] Jon M. Chu really hits the nail on the head with his description. He says, "A bird and a fish can fall in love—but where will they build their nest?" I think that Michael and Astrid [played by Gemma Chan] are really good for each other. Theirs was a love that's young, passionate, and defiant.

"Asians are above and beyond the stereotypes of yesteryear."

With an international film like Crazy Rich Asians receiving a lot of hype, do you feel that it will pave the way for similar films in the future?

Pierre: Definitely! I'm really proud to be Singaporean and to play one in my first movie was unimaginable! To be in the only all Asian-cast movie next to the Joy Luck Club? Priceless! Up until the past decade, most Asians were portrayed as triad gangsters, Kung Fu masters, gamblers, or prostitutes. We have such a rich, diverse, and traditional culture that's observed and practiced worldwide. Asians are above and beyond the stereotypes of yesteryear.

You've had a lot of experience in the industry but do you have a dream collaboration that you would like to do?

Pierre: I'd love to work with Jon M. Chu again because he's an amazing director. I mean it! I hope to continue making more Asian-centric movies made by Asians. I'd also love to work alongside Michelle Yeoh, Harry Shum Jr., Ken Watanabe, and Zhang Ziyi. It would also be wicked to act opposite Viggo Mortensen and Edward Norton.

Would you consider dropping by the Philippines to meet your fans?

Pierre: Kamusta to all my Filipino fans! I don't know when but I certainly do hope to visit the Philippines whether for work or leisure soon.