LOL! Prince George Gets Pushed Down A Hill By His Cousin

It was the same cousin who shushed him during the Queen's birthday!
by Emma Baty | Jun 15, 2018
Post a Comment

In case you missed it on Saturday, Prince George and his cousin Savannah Phillips went viral for the during the Queen's birthday. Savannah, who was trying to enjoy the celebrations, took matters into her own hands when George was annoying her. The resulting photo: 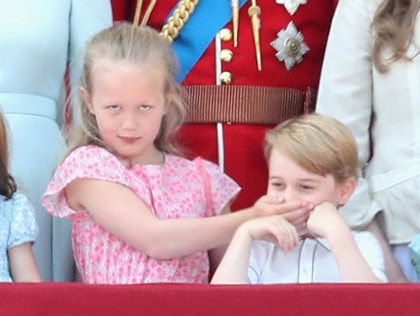 That same cousin has officially proven she's the sassiest of all the royal grandspawn, because on Sunday while the royal fam was watching Prince William play polo, she quite literally shoved Prince George down a hill. Seriously, this is not a joke. There's a video to prove it:

I mean, poor George. He's just trying to climb back up the hill and then Savannah is all like "Oh hell no," and he goes flying! He lost control of his little paper and everything! 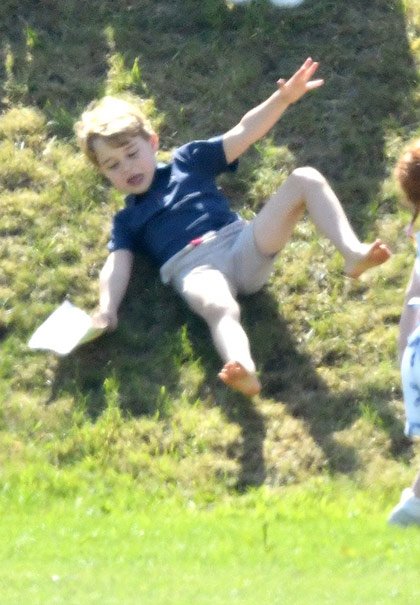 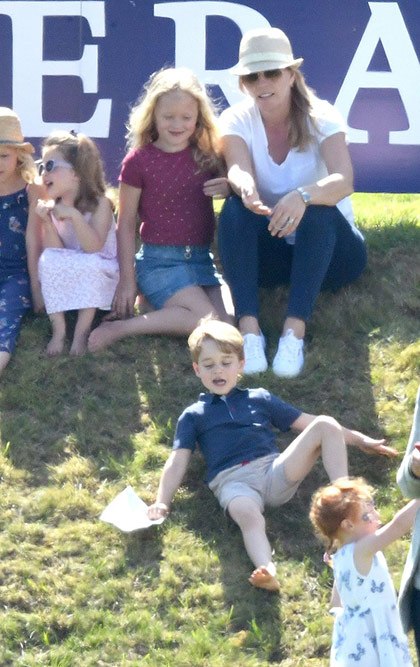 It appears as though he came out of the situation unscathed because he was at other points in the day playing with a huge slinky... 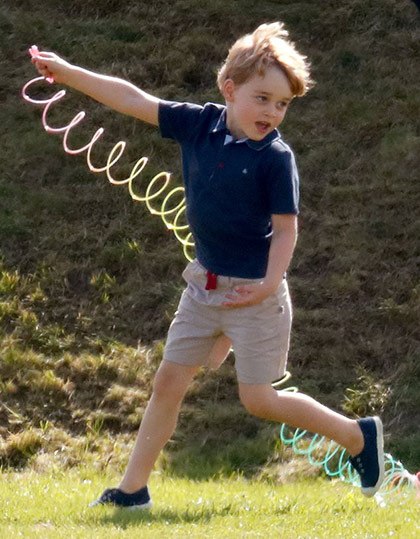 And running around with his sister Charlotte with this look on his face... 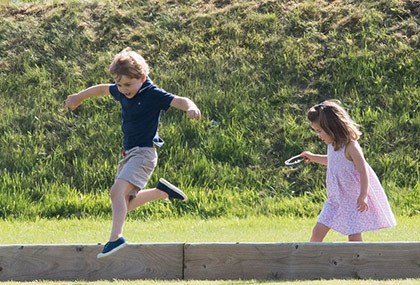 So yeah! All's well that ends well, but George, maybe keep an eye on that cousin.