Harry + Meghan Have Told Friends Not To Talk To The Press

Prince Harry and Meghan Markle have been spending a lot of time in the spotlight lately—and not just because they're adorable, have impeccable fashion sense, and can't stop kissing each other. They're also having to deal with the very public media storm that is Meghan Markle's family, who can't stop/won't stop talking to the press.

According to Vanity Fair reporter Katie Nicholl, Prince Harry's been especially upset over the drama surrounding Meghan's dad Thomas Markle, and has tightened up his inner circle as a result. 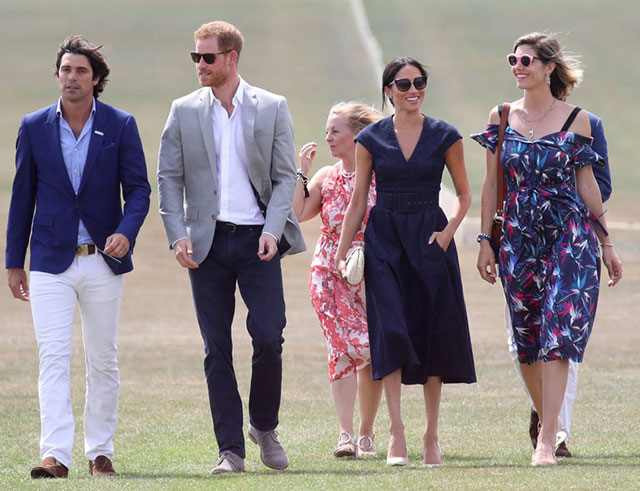 "They both expect a code of silence. If you talk to the press you’re out," a source says. "Harry didn't used to care that much about what was written [in the press], he just said it was a load of shite, but he's very protective of Meghan and defensive these days."

Royal editor Camilla Tominey tells Nicholl that Harry and Meghan "have both been extremely upset by Thomas Markle's behavior and that of Meghan's half sister, Samantha, and other relatives speaking out to the press. If the royals value one quality in others more than anything else then it is loyalty, and the couple will feel very let down by what’s happened."

The couple appear to be dealing with the issue by retreating from the spotlight, and will spend much of the remainder of this summer at a rented farmhouse in the Cotswolds.