Prince Harry and Meghan Markle are moving from Kensington Palace into Frogmore Cottage on the Windsor Estate—a place with a rich history even though it's literally named after frogs. Can't get better than that!

However, their new place has a super heart-breaking backstory. It was once the home of Queen Victoria's aide and close friend Abdul Karim (aka the Munshi), who lived at the cottage for 10 years before he was sent back to India following Victoria's death.

As People originally reports, Abdul had his letters from the Queen burned in front of him after her burial on the Frogmore grounds. The pair were incredibly tight (the Judi Dench film Victoria & Abdul chronicles their vibe), but other members of the royal household ordered that their correspondence be immediately destroyed—likely due to jealousy/racism. 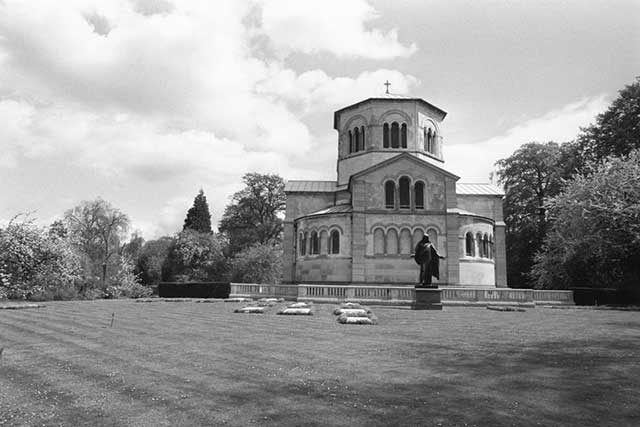 Per Shrabani Basu's book Victoria & Abdul: The True Story of the Queen's Closest Confidant, "It was early morning and just hours after her funeral. Alexandra and Princess Beatrice were standing there and a lot of guards, and they ordered a raid on his house and all of his letters were taken and burned. It was a heartbreaking moment in Abdul’s life. It was a bit of dark history."

On a lighter note, Harry and Meghan get to live in a home inhabited by one of Victoria's closest friends. "I imagine it was very beautiful and he filled it with beautiful objects he was given by European royalty," Basu writes, per People. "She would bring European royalty with her to visit. They would often go there for tea and meet the Munshi and his wife. Her diaries are full of mentions of meeting the Munshi and his wife for tea."