According to a new report, Prince Harry has allegedly decided not to sign a prenuptial agreement before his May 19 wedding to Meghan Markle.

The Daily Mail reports that the royal will not enter into a pre-nup with his bride-to-be. They quote a source as saying, "There was never any question in Harry's mind that he would sign a prenup. He's determined that his marriage will be a lasting one, so there's no need for him to sign anything."

Unlike in the US, pre-nups aren't as common in the UK and aren't always enforceable by law. As a British lawyer states, "At present, a prenuptial agreement does not carry the same weight as a Court order and will not 'automatically' be upheld or enforced by an English or Welsh court in the event of a divorce and/or disagreement." While this isn't necessarily a reason not to get one, the agreement could easily become avoid, or ignored altogether. 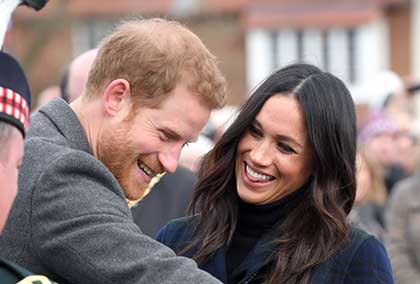 According to The Daily Mail, Prince Harry has a sizeable fortune, which includes his approximately $14 million inheritance from Princess Diana, as well as an estimated $28 million in further assets. In comparison, Markle is predicted to be worth around $5 million from her acting career and paid endorsements.

According to the Express, neither Prince William nor Prince Charles drew up pre-nups before their marriages, and Prince Harry will probably be influenced by them. As a source revealed to the publication, "Even after Charles' horrific divorce with Diana, he chose not to take out a prenup. [Prince Harry] will be guided by family, despite advisors around him saying you should think about this."